Dr Phil spoke with Heather and Brian, whose 15-year-old son died after a night of drinking and drugs at her home. Brandon’s friends spoke out against Heather, and Brian said that she often bought her son marijuana without his knowledge.

“The struggles that we went through with his drug use, the whole time he was getting it from his mother,” Brian said. “How can you do that?” Heather vehemently denied ever providing drugs or alcohol to her late son. She said his death changed her life forever. 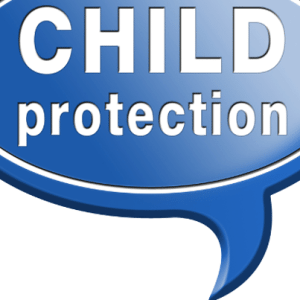 What did the DCFS investigation into Heather’s responsibility find about the night of Brandon’s death? Dr Phil also presented A.J.’s shocking accusation.

Dr Phil said that Brandon died of an apparent accidental overdose. Brian, along with Brandon’s friends, think she was to blame. The DCFS investigation into this case found that Heather was negligent in not seeking medical attention in a reasonable amount of time, since she knew or should have known about his behavior that evening.

“If Brandon was provided with medical treatment during the 4 hour time frame that his mother had contact with him, his chances of survival may have dramatically increased,” the report read in part, noting that she passed off responsibility to one of his friends, Chris.

The audience booed when Heather claimed she never saw beer cans in her house. She also claimed she poured out the vodka she found in her son’s possession. Chris said that the kitchen counter had beer cans, pills, and the vodka bottle, and he said he showed it to Heather.

Dr Phil said she has admitted knowing that Brandon drank vodka. Heather denied that Chris showed her anything. Heather also claimed that Brian paid off all her son’s friends to scapegoat her, and asked that everyone take a polygraph.

But wait, there’s more. In 2007, when A.J. was 15, he went on a shopping trip with Brandon and Heather. They stayed overnight and got a hotel room. A.J. said that Heather bought the boys a liter of vodka and a six-pack.

Back in the room, the three of them enjoyed alcohol. After Brandon passed out, Heather laid next to A.J. on the bed. He woke up during the night to find Heather on top of him, being intimate with him. He immediately had to leave, and he did not know how to tell Brandon about what happened, so he never mentioned it until Dr Phil’s show. Heather did not know what to say about this accusation, though she eventually denied it. A.J. insisted that his memory of the incident is clear.