Dr. Phil has been talking to Chris and Amy, the parents of a 12-year-old girl named Sarah who suffers from a severe case of Tourette Syndrome where she’ll jump up and hurt herself or hit others or headbang into objects. After discussing things with her parents, it was time to talk to Sarah herself. 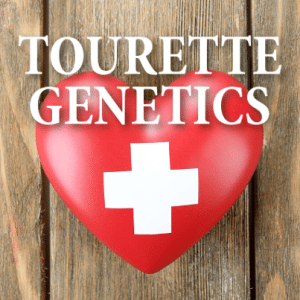 Dr. Phil talked to Sarah and did some tests with her to see if it was possible to calm her ticks down. (Africa Studio / Shutterstock.com)

Dr. Phil talked to Sarah while she was having a bad tic. Her tic during the interview involved her throwing her head back and keeping her mouth open. Dr. Phil asked her to go through several exercises to see whether her tics went away. First, he asked her to breathe in and out slowly. This simple action really helped her tics calm down, but when Dr. Phil asked her about it, she didn’t notice it.

Finally, he asked her to hold her two index fingers out about a foot apart and concentrate on a point in between them. Sarah’s tics really calmed down after doing that.

Dr. Phil: How Do The Siblings Get Along?

Then Dr. Phil invited in Sarah’s 8-year-old old little brother Logan. Logan said they got along pretty good, but she does pick on him sometimes. Sarah said she did it a lot. When Dr. Phil asked her if she did it on purpose or not, she said a little bit of both. Sarah’s parents had earlier said Sarah’s tics manifested in attacking her brother a lot.

Dr. Phil said he wanted Sarah to know that he was trying to find some things to make her feel better. He also assured Logan that while it might seem like he’s forgotten sometimes, that he wasn’t. He said that Logan’s parents really brag about him and he just wanted to make sure he knew that.