Dr Phil: Out Of Control Teens

At age 13, Lexi has done more than a lot of adults have done in their lives. That’s not necessarily a good thing. Lexi drinks, smokes cigarettes and marijuana, has been suspended for fighting and has been to see the principal over 50 times. She began smoking at age 10 and now tells her mom that she regularly smokes weed. 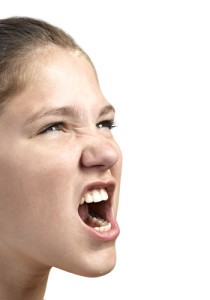 Lexi was calm on Dr. Phil but the video shows her going from happy to angry in seconds.

Lexi’s mom, Rita, isn’t sure what to do with Lexi. Rita has no idea that the way she disciplines her daughter and acts in front of her is actually training Lexi for a rough future. Lexi told her mom that she is comparable to the worst teen on Dr. Phil, Brooke. Lexi got in trouble for making a list of people she wanted to fight, but she said that list was made by someone else.

Lexi was bullied in fifth and sixth grade. She began fighting people in sixth grade and her mom tried to deal with the school board. They were unable to stop the bullying and Lexi began acting in the way that she was learning at home. She told Dr. Phil she learned to fight from her mom, brother and uncle. She once hit her mother and they called the sheriff on Lexi. Lexi blames the chaos in her home for her struggles in life.

Lexi said two girls were trying to get her in trouble so they made the fight list. She doesn’t get along well with other people. Being at home only fuels Lexi’s struggles and anger. She said she goes from happy to angry in seconds.

The drinking started in Rita’s home. Lexi and a friend took her mom’s Smirnoff in Lexi’s bedroom. Her mom heard the bottles clinking and busted the girls. Rita said she can’t punish Lexi anymore because Lexi is so disrespectful. Rita has no proof that her daughter has been doing marijuana and swore she wouldn’t allow her to smoke on their property. Lexi said Rita caves on a lot of her rules and restrictions.

Rita’s excuse was that she often gets pushed past her limit. She yells, screams and then has little recollection of what happened. Like mother, like daughter.