Dr. Phil has been talking about the tragic case of Kelli Stapleton, who attempted to kill herself and her autistic daughter. Now, he’s sitting down with Lisa, a mother whose son Preston also has autism and also has extreme violent outbursts. Lisa has been in contact with Kelli Stapleton because she understands where Kelli is coming from. Lisa said that she’s also thought about trying to kill herself and her son.

Preston has beaten Lisa, broken her bones, choked her, and posed a constant danger to her and others. Lisa spent everything she had, over a quarter of a million dollars, trying to help him. But life never got better. So she devised a plan. 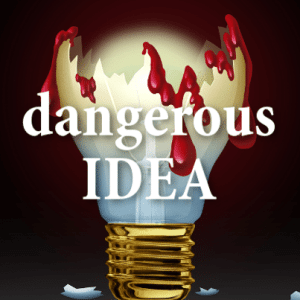 Dr. Phil talked to Lisa about her plan to kill her violent, autistic son. (Lightspring / Shutterstock.com)

Lisa knew her son loves trains and loves going for drives at night, so she thought she would take him for a car ride at night, wait for the train, and when she saw it, drive headlong into the train.

“I was going to kill myself and my son. So I did go to the train tracks and I sat down there with tears going down my face and my son was happy, flapping his hands. Then the train was gone. And I didn’t do it. We went home,” she said.

Luckily, Preston was finally accepted to go into a treatment center and is getting the help he needs.

“I feel like I sent him away. I feel like a bad mom for that. No one can understand the guilt that I have. But if Preston were still home, we would both be dead,” she said.

Dr. Phil: How Does She Feel About Wanting To Kill Her Son?

Lisa said that sometimes she still wishes they were both dead, because of how hard it is. After watching herself in the video say these things, she said she doesn’t know what kind of parent says those things. She said she had these dreams for who her son would be and who she would be as a mom. But none of that ever happened.

“I had hopes and dreams for my son when he was born. I can’t wait to hear, ‘I love you, mommy’. And it never happened. And the mom I thought I was going to be never happened and the son that I thought he was going to be was never there. Did I think I would ever say those words or even contemplate it? Of course not. Who would think that?” Lisa said.

Dr. Phil: Was She Shocked When She Heard What Kelli Stapleton Did?

Lisa said she was shocked when she heard what Kelli did, but it only took her ten minutes to come out of shock and understand. Lisa said she felt frustrated and angry at the system, not at Kelli. Lisa said that she’s in contact with Kelli and both of them talk about how jail is better than the day to day struggle of autism.

“Sleep, food, water. No beatings. No extreme violence by your child,” she said.

Dr. Phil said that he didn’t want people at home to contemplate this. He wanted them to understand where they were coming from. He said there is always hope around the corner.

“Ending the life of your child, even if you sacrifice yourself in the same act, is just simply not an option. It’s just not something that you have the right to do,” Dr. Phil said.