Lexi has fought with her parents for years. She’s punched, slapped and scratched her parents, but she denies ever spitting or kicking them. She’s taken to writing horrible things like, “let’s get drunk and make bad decisions,” on her bedroom walls. She said it’s easier to write them down than to say them to her parents. 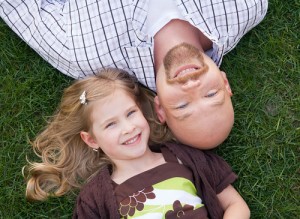 Lexi found out that her father is not her bio dad. Rita thinks this is when the violence started.

Her history of fighting started with her family. She learned to fight from her mom, brother and uncle. She said her mother has pulled her down by her hair, laid on top of her and screamed in her face. Rita is afraid that Lexi’s actions will lead her down a destructive path. Lexi admitted to cutting herself because she didn’t know what else to do.

Rita said Lexi’s problems started when she learned that the man she thought was her dad, Justin, is not her biological father. Rita wasn’t sure if she wanted to tell Lexi the truth. Justin and Rita were married when Lexi was four and she has never known anyone else as her father.

Lexi sees her bio dad as a sperm donor. She doesn’t want to have a relationship with him and wouldn’t care if he dropped dead. Rita said that when Lexi learned the truth about her bio dad she began having nightmares and screaming out in her sleep. She was afraid that her dad was going to come and steal her away in the night.

Dr Phil: How To Fix the Family Flow

Lexi said she wants to change the flow of their family and Dr. Phil asked her how they could do that.

Dr. Phil likes her spunk and thinks she is a good kid inside. He said the problems aren’t Lexi, they are the whole family. She’s just the scapegoat in the situation.