Dr. Phil: How Is The Daughter Doing?

For three days, Issy was in a coma. The prognosis was grim. If she lived, doctors thought she’d have severe brain damage. But finally, she opened her eyes and she was fine. Issy was home again within two weeks. The carbon monoxide has affected her movements and balance, but she is improving every day. 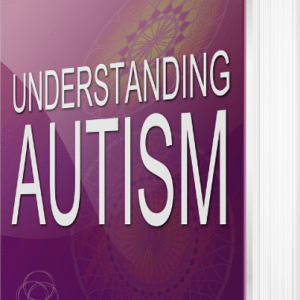 Dr. Phil talked to the experts to find out more information about what autism is and what makes Issy act the way she does. (Sam72 / Shutterstock.com)

Her aggression is also decreasing dramatically due to a token reward system where she earns her favorite things. She’s getting better and better.

Dr. Phil: How Does Kelli Stapleton’s Husband Feel About What Happened?

Dr. Phil talked to Andy Dominianni, the journalist who has covered this story since day one. He actually knew Kelli and her husband Matt in college. Six months before Kelli tried to kill herself and Issy, she reached out to him to cover their story in the hopes she could get help with Issy. After Kelli tried to kill Issy and herself, Andy was shocked.

Andy also said that having talked to Matt, he knows Matt is in a lot of pain and has a lot of anger toward Kelli, but that he also loves her. Matt also told Andy that he was the luckiest person in the world because his daughter survived.

Dr. Phil: What Is Autism?

Dr. Frank Lawlis, the head of Dr. Phil’s advisory board, a leading expert on autism, and the author of The Autism Answer, also stopped by to talk about Issy and her situation. Dr. Lawlis said that autism is a brain dysfunction. The back part of the brain doesn’t function like the front part of the brain, which means there’s a limited amount of processing for them. They’re not able to handle change very well. If there’s a change in environment or in any kind of situation, they get afraid and they’re in panic.

Autism is a spectrum disorder, which means that not all children with autism are violent. Many are not, but some are. Dr. Lawlis said that the violence Issy exhibits may look random, but it’s being triggered. Dr. Lawlis said that triggers can be things like a food allergy, a change in the environment, or a confrontation that might be very mild but cause an aggressive reaction from the child. Once they have an extreme reaction, they don’t have the ability to soothe themselves and calm themselves back down.

Dr. Phil is going to get Issy the treatment she needs to get better. He said he wanted to do what he could to help Issy get some peace and to give her the tools she needs to be able to reintegrate with others in school and in her community. Dr. Phil also offered help to Kelli’s husband Matt and Kelli and Matt’s other two children, because they’ve all been through a lot.

Dr. Phil invited Matt to be on the show, but for a number of reasons he wasn’t able to be there. Matt did write a statement where he said he felt like this needed to be Kelli’s story. He also said he was very grateful to Dr. Phil for the help to his children, particularly Issy.

“This has been a life-changing experience for all three of them and an incredibly delicate situation for the entire family,” he said.

He also thanked Dr. Phil for helping out and raising awareness for thousands of parents out there.

Dr. Phil is also going to try to provide the court for an alternative for Kelli to life in prison, including an evaluation and a clear mental health plan.

If you want to help Issy, go to the Dr. Phil Foundation website.