Amy’s kids said she is controlling their lives and ruining their chances at success. She called herself a helicopter mom and doesn’t let her kids even go to a sleepover without running background checks on the parents.

Katelynn said her mom has flashes of anger that intimidate and scare her. Amy takes on a “deep, evil, demonic growl” that just starts with a look. If the kids talk back, she slaps them. She has used a belt to scare them before. The kids are afraid of her and they said the neighbors can hear her rages. 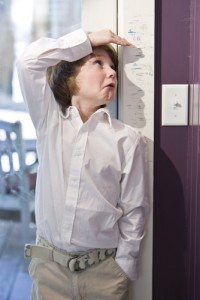 When Dr. Phil’s kids went to school, his wife Robin was a mess. He said she cried for two weeks and was worried they didn’t know how to cook or do their laundry. Robin told Amy she knew they would be okay and she knew she had prepared them to get to that point. When Dr. Phil’s second child went to college, all they did was make the bed and leave. They worried about him, but they let him go.

Amy thought she was just like Robin and a good mom. She wanted to ignore all of the bad stuff she had done, like doing her son’s homework, and focus on all that she does for her kids. Katelynn said her mom was a good person and that she loved her, but she is nothing like Robin.

Amy’s past has affected how she parents her kids. When she was young, her father abused her sexually and physically. He held a knife to her throat, pinched her private areas and threatened her life. When she told her mother what happened she did nothing. Amy was mad at her mother for not protecting her and her mom put her in foster care. She only visited her twice. Nobody thought it was important and nobody did anything to help Amy.

When her daughter Katelynn was six-months-old, Amy’s goddaughter was killed in a hit and run accident by a drunk driver. The incident rocked her world and made her see just how people can hurt her kids and take them away from her.

Can Dr. Phil help Amy see the truth and good in the world again?