Adult alcoholic Jessi, whose bad behavior is destroying her family, used to work at a preschool. She admitted that she would drink half a pint of vodka each day at her lunch break. “I never got caught,” she admitted in a Dr Phil interview.

Dr Phil questioned why she was a preschool teacher’s aide and allowed to drink on the job. He had some hard questions for the rest of the family. Why did they kick her out of the house but not let her back in? Why did they have her arrested but not press charges?

“You do for your family,” Jerry said as to why they bailed her out after she attacked her in their home. Dr Phil questioned whether the family is really at their breaking point. He wondered whether the parents didn’t press charges because they didn’t want to make themselves look bad, or go through the pain of accepting how bad things have gotten. 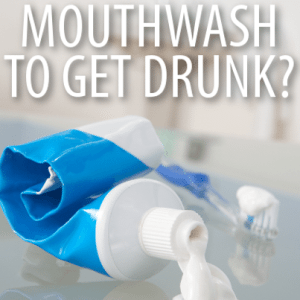 Dr Phil accused guest Jessi of Emotional Extortion against her family, who has enabled her by not following through with consequences for her drinking. (Monkey Business Images / Shutterstock.com)

Dr Phil said that enablers don’t usually understand why they do or don’t make certain choices. It’s easier to be overtaken by emotion or the heat of a moment and lose sight of the bigger picture. Joy and Jerry both seemed to agreed that they were complicit in this.

He also said that Jessi is good at a type of manipulation called Emotional Extortion. Dr Phil said that someone in this situation will tell you about the terrible things that could happen to her. But she should not be allowed to take control of the situation since she has the worst judgment of anyone in the family.

Joy said she lets the grandson come over to the house, in the hopes that Jessi will at least stop drinking during his visits. But she told Dr Phil that they never leave her alone with her son, because they don’t know what might happen.

Dr Phil recapped that she steals money, drinks all the time, and has online sugar daddies who give her money. She is divorced and has lost custody of her son. Hearing all this made her so upset that she stormed off the stage in tears.

Jessi drinks mouthwash if she doesn’t have alcohol, and she hides bottles everywhere. She has checked into a detox center on a lark, and often has one-night stands with strangers. Dr Phil explained that he is required by law to report potential child endangerment (is that true, since he retired his license and this is purportedly an entertainment show?), which may have been what caused Jessi to walk off the set.