Dr Phil: My Daughter Is An Alcoholic

This edition of Dr Phil kicked off with a cry for help from a mom who was afraid for her adult daughter’s future. “I don’t sleep. I just want you to know the desperation,” she said in a home video. Though they look like a picture perfect family (they even coach baseball and run a water park!), this woman has written to Dr Phil for help nine times.

Dr Phil said that Jessi, the family’s only daughter, is a “severe alcoholic” who has been arrested for assaulting her father. As a Bulimic, her binge eating and purging caused the rest of the family to lock up its food supply. Dr Phil admitted that he did not know where to start. 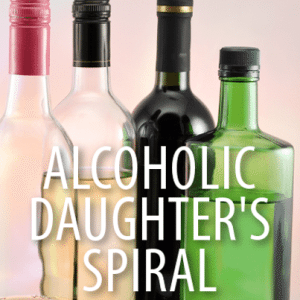 A family has turned to Dr Phil because they don’t know what else to do about Jessi, an adult whose drinking has spiraled completely out of control. (Svetlana Foote / Shutterstock.com)

Jessi is an alcoholic, and her mother said that the family does not know what to do. “We have found her passed out in the driveway,” her mom said. Dad said that friends have called to say that they rescued her when she passed out in a bar.

She also seems to become belligerent when she is intoxicated, as evidenced by plenty of video footage. Her brother said that she drinks so much that she stinks like alcohol all the time. The family told Dr Phil they don’t give her money and they don’t know how she always finds bottles.

Jessi was married for not quite two years, and that ended thanks to her behavior. The ex-husband now has full custody, with Jessi getting visits seven days a month. Her parents bailed her out when she was arrested for assaulting her father. “Nobody knows how to help us,” the mom said.

As for Jessi herself, she said her family doesn’t know the half of it. Dr Phil said that one hour before her video interview, she drank an entire bottle of vodka. Jerry, her father, was guilted into buying her some alcohol, because her withdrawal symptoms were so bad.

“Manipulation is my middle name,” Jessi admitted. She said she feels normal and fine after drinking. She said that she would now be able to be honest and give the interview. But wait, there’s plenty more. She drinks a gallon of vodka every day.

She said that she gets guys to buy her drinks at bars. She lies and tells her parents that she is going to visit friends, but instead she takes a taxi to buy alcohol. Since her parents don’t give her money, she steals from her family and also relies on sugar daddies for cash.

Jessi said that she has even resorted to drinking mouthwash. She hides liquor bottles in the woods behind her house. She also admitted to Dr Phil’s cameras that she drives drunk, and has done this with her son in the car. Unsurprisingly, she blacks out and does not remember all the details of her exploits.

When parents Joy and Jerry, along with brother Josh, joined Jessi onstage, she was visibly shaking. She said she stopped drinking at 2:30 a.m. the day before the taping, because she wanted to be sober.

Joy said she was afraid that she could lose her daughter within months due to her drinking. She has worried about the possibilities in her mind many times. Jessi was already crying as she said that she thinks her family wishes she wasn’t around, because it would be easier.

Dr Phil tried to appeal to Jessi as a mother, asking her to imagine what it would be like if her child died. Jessi admitted that she is selfish, but said that sometimes she cares about how she is affecting her family.

Jerry said that his daughter does hurt him. He admitted that the family has made mistakes at times, and have been guilty of enabling her in the past.