Jim and Pam’s daughter has been the center of a $1 Million custody battle. Jim hates Pam and Pam wants to run Jim over with her car, but she denies ever trying. Dr Phil reminded both of them that this fight they are having is not appropriate. There is a little girl in the middle. 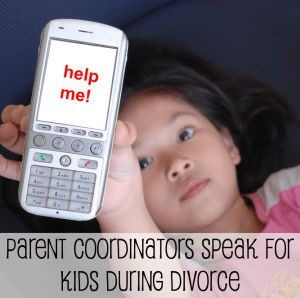 Dr Phil explained the process of a Parent Coordinator and what they can do for the family. Jim’s actions are confirmed by the coordinators.

Pam has a pretty rough history. She’s been in jail five times for various charges, including battery and assault. Jim said that his daughter’s pediatrician found bruises on her arm, proof that his theory of Pam’s abuse is valid. Pam denies ever hurting her daughter, but said she was abused, mentally and physically, during her two marriage to Jim. Jim, of course, laughs at this idea.

On two occasions, these parent coordinators have told the court that Jim refuses to comply and apply their rules and suggestions. This is serious. Jim defends himself by saying that he wanted to get the parent coordinators on his side by showing them the court documents he pulled. They refused to see them and Dr Phil said it’s because they don’t care about that. They want to establish a healthy, co-parent relationship between Jim and Pam.

Advice For Children Of Divorced Parents

“I am greatly concerned about his ability to act in the best interest of his daughter,” one coordinator wrote about Jim.

“Father doesn’t recognize coordinator has authority, threatens to take actions to court, and walk out of office and not return,” the second coordinator wrote.

Dr Phil said that these coordinators are focused on the child in these situations, not Jim’s ego or personal vendetta. He told Jim that if he doesn’t shape up and become aware of the reality surrounding him, then he could be completely taken out of the equation with his daughter.