Dr Phil: Heather Only Cares About Herself

In addition to the accusations that she was responsible for her teenage son’s overdose, Dr Phil told Heather that her late son Brandon’s friend also accused her of assaulting him in his sleep, a charge she unsurprisingly denied.

“It makes me sick,” Heather said in response to the claim. “I don’t even know what to do. I feel awful.” She said that she feels attacked from all sides in her life.

Dr Phil said that A.J. wanted to have his best friend back. “My child died,” Heather said, saying that she did not care about anyone else other than herself. Her ex Brian, Brandon’s father, pointed out that she only ever cared about herself, suggesting that is how and why their son is dead.

Dr Phil: Were Witnesses Bought Off? 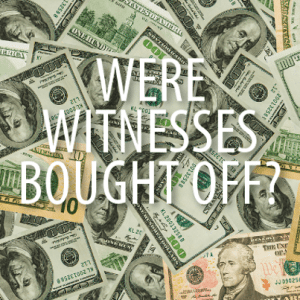 Heather claimed that the young men making accusations against her had been bought off by her ex-husband in an attempt to smear her in court and on Dr Phil.

“A mother will step in front of a bus for her child, not throw him under it,” Brian said, playing on the audience’s sympathies as Heather spiraled. In addition to the accusations from A.J., which Heather denied, friend Marc said that Heather also took advantage of him.

He said that he was 11 years old and home from school due to a suspension. It happened to be the morning of 9/11. From the audience, Marc recalled waking up with Heather’s hand in his pants.

“I didn’t want to have to bring all this up,” Marc said, noting that he did not want his friend to have to know about this. Heather accused Marc of being bought off. “Everybody else is being paid off by him,” Heather said, claiming there were text messages proving this from her court case.

Dr Phil: Who Is Telling The Truth?

While Heather was acquitted of criminal charges, Brian did win a civil judgment against her in a lawsuit relating to Brandon’s death. Dr Phil said it was clear that Brian had a lot of unfinished business regarding their son’s death.

As for Heather, she has been charged with manslaughter twice, and both of the accidents involved drugs and alcohol. Dr Phil was trying to point out a pattern of behavior, and he explained his thought process to Heather.

Dr Phil also reminded everyone that Chris said Heather knew what her son had been up to, and Travis insisted that Heather drive him because Brandon was intoxicated. In addition to Marc and A.J.’s accusations, Heather’s own friend expressed her concerns about Heather’s reliance on drugs and erratic behavior.

He said that she also had been slurring her words and not making sense, suggesting that “you are in a very compromised and incapacitated state.” He said that if her behavior continued, she could be putting her own life in danger.