Dr Phil: Not One More Program

The families of Simi Valley are just one example of the overwhelming drug problem facing America. Dr. Phil is going to help Steven and Nik overcome their addictions, but there are some that were not so lucky.

Austin overdosed on heroin on January 8 2012. He was 23-years-old. His mother Susan got a call in the middle of the night saying that he had passed away. She started the “Not One More” program to help fight heroin problems in small town America. Lindsay overdosed on January 24 2012. She was taking a shower and drowned in a foot of water in the tub. Her mother Melissa joined Susan to start “Not One More.” Jessica died on October 18 2011 at age 25. She overdosed on prescription drugs at a party and her friends took her home to sleep it off. They found her dead the next morning. Her father Mike said it felt like having his heart ripped out.

These parents gave words of wisdom to Steven, Nik and their families. Melissa called heroin a “huge beast” that you should never give up fighting. Mike said that whether the boys realize it or not they are hurting everyone they meet because of their drug use. His daughter didn’t want to die, but just one time is all it takes.

When Monet came on Dr. Phil almost a year ago she was homeless, living in a car and doing heroin. She said she couldn’t go an hour without “chasing the dragon.” It all started after her father died, but inspired by Dr. Phil’s encouragement, Monet went to Origins Recovery Center and got help.

Monet walked out 324 days clean and sober. She said it’s a miracle what she has been given and wants Steven, Nik and all other drug addicts to get help. 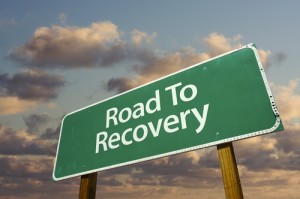 Steven and Nik are going to Origins Recovery Center to receive addiction treatment.

Origins creates gender specialized plans to help addicts and their families recover. They are in a medically supervised situation and their parents don’t come to get them. Ben Levinson, CEO of Origins, said they are currently facing an overflow of opiate addicted patients.

Steven and Nik agreed to go to Origins and receive treatment.

Mayor Bob Huber wants to help Simi Valley and the rest of America win the war against heroin. In an effort to keep heroin off the streets of Simi Valley, Mayor Huber started the Simi Valley Heroin Task Force. He is using the branches of the task force to regain control of their community. He said they are fighting the heroin problem with all of their resources.

If this program is successful, it could be the prototype for other communities with heroin problems.