Kaitlyn has major anxiety problems. They bubble up to the surface in the form of horrible tantrums and explosive episodes. Her mother has been enabling her to continue this behavior. Her sister wants her in her upcoming wedding, but fears that she will ruin her big day. Kaitlyn knows she will ruin the wedding. Dr Phil thinks these people are crazy for enabling Kaitlyn’s bad behavior.

Kim said she’s been controlling her daughter because she doesn’t know how to parent her. Kim has anxiety issues. By helping Kaitlyn with her problems, Kim feels relief. Dr Phil said that she has wrecked Kaitlyn. While Kaitlyn has anxiety of her own and problems like OCD, Kim hasn’t let her grow and mature in a proper way.

Kaitlyn said she can’t control her tantrums, but she can control how she spends her time. She rearranges her furniture to feel control over her space. She makes extremely detailed spreadsheets that organize her hours. Her mother said that she gets very irate if she can’t keep the schedule. 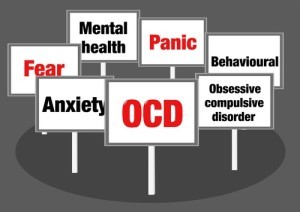 It’s clear that Kaitlyn has Obsessive Compulsive Disorder and is having problems with coping and self-soothing.

Kaitlyn likes to sort seed beads by size, type and color. It gives her something physical to control with her hands. She said it calms her, but her sister is worried about her bead obsession.

Dr Phil thinks that Kaitlyn hasn’t required much of herself. This has hindered her development and made life harder for her. Kim said that her daughter never acted like other kids. She was condescending and said that Kaitlyn had problems.

Dr Phil called Kim out for her rude behavior. He told Kim that she shouldn’t talk about her daughter in such an infantile way. She is 22 and needs to grow up.

He offered to send Kaitlyn to a Psychological Neuroplasticity center in order to get coping and relaxation techniques. She never learned how to comfort herself and stand on her own. Her mother’s behavior wrecked her development and made her think she can’t control herself.