Dr Phil: I See A Monster

Jessi is a dangerous alcoholic who lost custody of her son and also suffers from bulimia. She told Dr Phil that an incident of abuse at age five scarred her. But she also hates her body, from her face to her arms and on down. “I see a monster,” she said.

She said in a taped interview that one of her boyfriends cheated on her because she was too fat. Dr Phil had Jessi and the family on the stage to talk about where things stand now.

Jessi talked about how much she loves her young son, and Dr Phil asked what she wants for her son in the future. “I want him to be happy,” Jessi said, wondering whether he would be better off with a different mom. 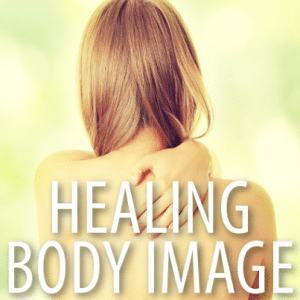 In addition to alcoholism and bulimia, Jessi had body image issues and struggled to choose between her son and her addiction. Would she accept help? (Piotr Marcinski / Shutterstock.com)

Dr Phil said that if she died, her son might think the worst of her, that she did not love him enough to be there for him or fight her battles to be in his life. That would be baggage for him and whoever was in his life.

But there was another option. She could heal and get better for real, mending her broken heart and confusion about her abuse as a child. “How about we heal the distorted body image so you don’t feel the need to have to binge and purge or deal with an eating disorder? How about we clean you up for real?” Dr Phil offered.

Apparently he also offered his own brand of tissues to dry her copious tears.

Dr Phil said that he hoped she would go to a dual diagnosis treatment facility that could really dig into her problems and get to the bottom of what is going on in her life. He offered her the chance to get away so that she can have a clean slate and start her fight for custody.

Ben Levinson was in the audience, and he worked as founder and CEO at Origins Recovery Center, which Dr Phil called a national leader. It could be a good spot for her, since she has multiple problems to sort out.

Levinson promised that he and his team would be able to help her if she took this offer. She accepted and even gave Dr Phil a hug.