Danny Breaks Up With Julie

Julie had just told Danny that she did not want to be in a relationship with him anymore. She told him that she is tired of being afraid of him. Danny said that Julie scares him. He said that if she does not want to be with him, then there are more and better women in the world.

“I got two baby mothers, I’ll go back to them,” Danny said. The segment director told Dr Phil that Danny was in a very agitated mood and spurting off nonsense. 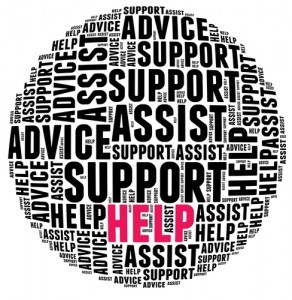 Dr Phil said that anyone who has issues with domestic violence and abuse should contact the Dating Abuse Helpline. It’s completely confidential.

Danny said he is ready to let go of Julie. Dr Phil worries that he will do something in his current, hot-headed state. Danny said that he has been hit on the head over 100 times. Dr Phil believes that that has affected his anger.

Dr Phil plans to get Danny evaluated and treated the right away. He wants to give Danny the best chance he can to have a good life.

If you or someone you know is in an abusive relationship, you can call the National Domestic Violence Hotline at 1-800-799-SAFE. You can also call the National Dating Abuse Helpline at 1-866-331-9474. All of the calls are confidential and no one will pressure you into anything.

Dr Phil reminds you to never confront an abuser. It could end in you being injured or killed. There are right and wrong ways to get out of an abusive relationship. The right way is by getting out and transitioning into a safe and private life. If you don’t get out, the consequences could be fatal.