Codey told Dr Phil it was an unfortunate coincidence, and he does not owe anyone an explanation. “I don’t have any answers for you. It’s just an ongoing nightmare,” he said. The deaths happened three months apart, and each took place three weeks after each child was vaccinated. 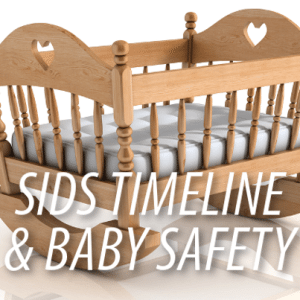 Dr Phil talked with a pediatrician through Doctor On Demand to find out whether SIDS or an allergic reaction to a vaccine are likely in children’s deaths.

Dr Phil used the Doctor on Demand app on a phone to consult with an expert. The service is available through Dr Phil and his son, Jay McGraw, executive producer of The Doctors, through Google Play or the iTunes App Store.

Dr Anna Harbison joined the conversation to get an expert opinion on the broad circumstances from a medical perspective. Dr Phil asked her about the odds of a child dying three weeks after vaccination, due to the injection.

Dr Harbison said that about one in one million people have an allergic reaction to a vaccine, which is already very rare. This reaction would occur within minutes or hours, she said. Could it be a cause of death weeks later? Dr Anna Harbison said the chances are extremely remote.

Dr Phil: When Does SIDS Occur?

What about the likelihood that this could occur to a second child in the same family a few months later? Dr Harbison, who supposedly did not know any of the particulars of this situation, called this scenario “even less likely.”

“The odds of both children having had that is not something that we would consider to be associated at all with vaccines,” Dr Harbison said. Dr Phil also questioned her about whether SIDS could have caused Darby’s death.

She said that SIDS is most likely to occur between two and four months old, and usually not after 12 months. “By 19 months, it is not something that I would be considering, as a pediatrician, as an explanation,” Dr Harbison said.

“It’s something other than the abuse, which did not occur,” Julia said unconvincingly. Dr Phil wondered whether she wanted to solve the mystery. I think it’s going to take a bit more to get to the bottom of this case.

The investigation is set to continue on the next episode of Dr Phil. Maybe we will find more answers from experts and see whether Codey and Julia submit to a polygraph.