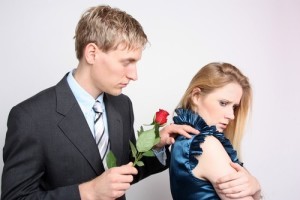 Dr Phil told Charnay that she needs to leave J-uan because he will repeat his behavior. Some couples can resolve their conflicts and some can’t.

Dr Phil said it straight up, “run.” Charnay was sad about the news, but J-uan doesn’t want to take no for an answer.

“The best predictor of future behavior is past behavior,” Dr Phil explained. J-uan is a cheater, he has cheated on everyone. It’s highly likely that he will continue this. He’s also been violent with Charnay, so it’s likely to continue in their relationship or future ones.

Charnay said she is 100 percent done. She’s been hurt physically and emotionally and she is done. Dr Phil said J-uan would have to be mature and become a finisher before he could be functional again. He has some issues that he needs to work out before he could be with a woman.

Dr Phil said he often gets asked if a person should move on or resolve their problems. He has suggestions for going about divorce, separation or reconciliation in a healthy and peaceful way. Everything should be negotiated. Do I have it in me to forgive? The other side has to be willing to completely stop the affair. The cheater has to be able to get the relationship back on track in a healthy way. You have to ask yourself if you can forgive. If you need professional help, Dr Phil strongly suggests getting outside help.

He also said not to end a relationship in the moment. If there are kids involved, you owe it to yourself to resolve the hurt. If you want out when the feelings are strong and unresolved you leave the chance for further damage. It’s best to get closure before walking out.