Darcy says that her sister Jennifer and her husband, Ralph, are the worst parents that she has ever seen. Their four children, ages 16, 12, 10 and 8, have almost no rules, and they take full advantage of it. They are constantly shooting the house up with BB guns, fighting, lighting things on fire (two of the boys were responsible for a local forest fire). So bad was her home life that Kayla age 16, dropped out of high school so that she could contribute money to the family. While all of this goes on, Darcy says that Jennifer drinks coffee, smokes cigarettes, and talks on the phone. She has checked out as a mother.

Ralph puts everything ahead of his family, including marijuana and alcohol. When he is drunk, Ralph regularly gets violent with the children, and they fear him because of it. Kayla doesn’t understand why Jennifer stays with him and wishes she would leave him.

To try to support the family when Jennifer and Ralph can’t, Darcy has contributed thousands of dollars to pay for rent, birthday parties, groceries, and utilities, as they electricity is regularly shut off. 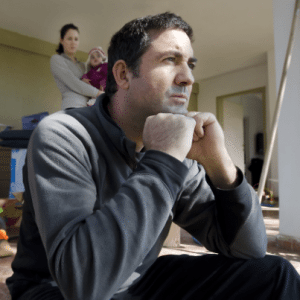 Jennifer and Ralph are the epitome of poor parenting.

Even though Ralph’s eight-year-old and ten-year-old children have both smoked weed, he really doesn’t think it’s the end of the world. Come on, he doesn’t even think they inhaled? He says that his being too lenient in the past has caused him to be too lenient now, and he is too deep in the hole to play catch up. He’s been unemployed for as long as six months before, even though he says he is always trying to get work. His children have even had to pawn off their possessions to support the family. Ultimately, he doesn’t he doesn’t think the situation is that bad.

Ralph thinks that Jennifer has a problem disciplining the children because she is on medications, which she says will cause her to take small, 10-hour naps. Sometimes, Jennifer doesn’t even force them to go to the school because she doesn’t have the energy to force them to go. Now, her 12-year-old daughter has been subpoenaed to court on truancy. She doesn’t think she sleeps well because she worries about the finances, so she doesn’t make her go sometimes.

Dr. Phil wasted no time in putting Jennifer and Ralph for their poor parenting. Understandably, Dr. Phil’s biggest snagging point was the whole his 8 and 10-year-old kids smoking weed thing. He wonders how Ralph could let this slide, along with letting the kitchen run out of food.

Ralph got ready to defend all of it, but Dr. Phil stopped him short, saying that he didn’t want to hear excuses because they were here to make a change, not waste time explaining the unexplainable poor parenting.