Dr. Phil: Raylynn Allowed Her Daughter To Be Violated

All of the eight of the violations that happened to Sunny occurred when she was 14. When cult leader Curly Thornton told her that she wasn’t “doing it right,” he made her watch as her mom and another woman pleasured him. Sunny never “learned her lesson,” as she put it, as she would always just lay there and cry, eying over the designer clothes that Curly would give to her as gifts when he was finished with her. 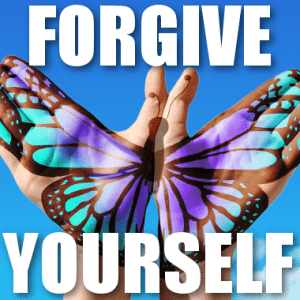 Dr. Phil talked about forgiving yourself and the evil eight to watch out for in today’s world.

After hearing Sunny’s lurid story of abuse at the hands of Curly Thornton and how she facilitated it, Raylynn broke down into an uncontrollable fit of sobbing, apologizing over and over again. Though Sunny said that she forgave her a long time ago and that she can’t forgive her any more than she already had, Raylynn said that she can’t forgive herself. Sunny told her that you have to start forgiving yourself.

One of the largest obstacles that stands in Raylynn’s way when she tries to forgive herself is that she still feels some fear-driven connection to Curly Thornton. She reads the Bible, loves God, but still has a little voice that tells her she is going to hell, because some deluded part of herself still wonders if Curly wonders if he was Jesus and she is going to hell.

This dichotomy is preventing Raylynn from becoming a mother to Sunny guilt free. Dr. Phil said that she needed to start moving past being a victim so that she can start being there for her daughter.

If you don’t ever start forgiving yourself, you can’t ever expel your demons. Raylynn won’t let Curly Thornton die, and Sunny thinks it is because she is trapped in the guilt she feels over the choices she made in the past.

Raylynn not only hold onto Curly emotionally, but physically, as well, with a box of things to remember Curly by, including his teachings and his obituary. Sunny thinks that her holding onto this is holding her back, and Raylynn does not know why she holds onto these things.

Dr. Phil told Raylynn is a victim of a professional con man. In his book Life Code, he talks about people in this world that we need to be aware of so that we can avoid them. He said that they world is actually getting worse in this regard, calling them the “Evil Eight:”