Doreen’s mother Diana doesn’t approve of her daughter’s homosexuality. She said she will never accept Doreen’s girlfriend, Ana, and wishes they would break up. Doreen has been with Ana for 10 years and they are recently engaged. Doreen wants her mother’s love but Diane can’t face the truth. 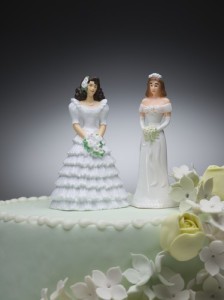 Doreen and Ana revealed their engagement, and Dr Phil told Diane to fix her relationship with Doreen. Doreen blames herself for being gay.

While Diane still doesn’t accept the lifestyle her daughter chooses to live, she does need to love her daughter. Dr Phil told her that if this is a phase it will work itself out, but Doreen needs counseling for her abuse.

For the last 10 years, Ana and Doreen have been girlfriends. They’ve made the decision to get married, but Diane won’t support the relationship. Ana said that Diane has called her names and blackballed her to society. Diane said that Ana has called her horrible names as well.

The she-said-she-said doesn’t matter. Dr Phil told Doreen that she needs to let her mom comes to terms with her lifestyle on her own. Diane has a right to refuse Doreen’s lifestyle and to believe what she wants to believe.

The thing that needs fixed is the mother-daughter relationship. No matter what, Dr Phil wants Doreen and Diane to fix their relationship. They don’t have to love everything about one another. Doreen shouldn’t reject her mother because she rejects her girlfriend.