Dr Phil has been helping Joy unravel the truth behind her engagement to catfish Donny, an online predator who has bilked her out of over $50,000. Next, Dr Phil looked into his suspicious military background. What did he find?

Donny’s claims about his issues with the US Air Force have included not being provided with food, housing, or medical care. He also told Joy that he would not be allowed to leave the military if he did not have a wife or family.

Dr Phil turned to retired Lieutenant Colonel Bill “Ajax” Peris for some clarification. Is it possible that Donny is a member of Air Force Troop C, 1st Squadron, 32nd Cavalry Regiment, Task Force Bandits? “None of those names, except the word squadron, appear in any Air Force designation,” Paris said. 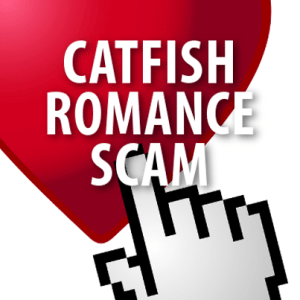 Joy could not dispute this claim, since she does not know much about the military. Lt. Col. Peris served in operations including Iraqi Freedom and Enduring Freedom during his 21 years with the Air Force.

He also said that the armed services “take excellent care of their troops.” What about the claim that he cannot resign from the Air Force? Peris is not married, and he was able to retire after serving for many years.

Dr Phil said that he had Donny’s voice analyzed by Dr Alan Perlman, a linguistics expert. The conclusions of that analysis were that Donny is not Hispanic, European, or African. He is also not a native English speaker, and is most likely from south Asia, India, or Pakistan.

“Do you think those pictures might not be his?” Joy wondered. Dr Phil took things much further, saying that there is no evidence the man depicted in Joy’s photos was named Donny Fore, or that he had anything to do with this scam.

Dr Phil: Who Is In Donny’s Photos?

Dr Phil made it very clear that the man in the photos was not a scammer, and should not be implicated in this scenario. Joy was upset and embarrassed, but she was starting to come around to reality.

Joy dialed Donny’s number, and when they got his voicemail, Dr Phil left a detailed message about cyber crimes and IP address tracking, as the audience cheered. Joy didn’t even seem that heartbroken as she tucked her phone back into her bra, so maybe on some level she knew the jig was up.