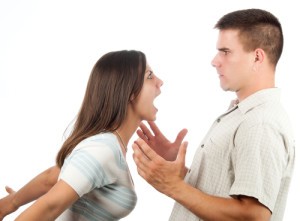 Dr. Phil reads a quote from Tim where he states he chokes Brittany until she is limp and then watches her cry when she comes too. He is also a cheater.

Dr. Phil said if she loves her daughter she will start taking this seriously and taking care of herself.

He immediately turned to Tim and asked him if he had any medical training, which he said he didn’t. Dr. Phil then read a quote from Tim that read, “I will grab her and put my arms around her neck and squeeze as hard as I can. I wait for her to go limp and fall sleep. I usually stop choking her after 30 seconds to a minute, not to the point where she is passing out, only till she relaxes, because I can feel her breath. Then I sit there and stare at her while she cries.”

This person is insane. Dr. Phil said, besides being really creepy, it is very dangerous. Dr. Phil has training and he does not know how long he could cut someone’s air supply off before they died.

Dr. Phil: Tim is a Cheater

Brittany thought Tim was cheating and tracked his phone with GPS. When she found him, he was cheating on her with an ex-girlfriend. Tim then said he saw his whole relationship flash before his eyes.

But he doesn’t just cheat with women. He also cheats with men. He finds them on Craiglist. He also told Dr. Phil that Brittany has even allowed him to find men on the internet.

But he said he is done with it now and wants Brittany to trust him. When Dr. Phil asked how many times he cheated, he said 11 different times.

Dr. Phil just looked at Brittany and asked if there was anything Tim would do that would make her leave him forever.