Steve wants to know if his money is coming back. His girlfriend Megan stole over half a million dollars from him and his mother in the last five years. 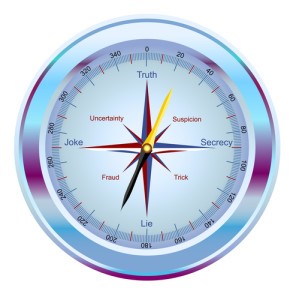 Dr. Phil believe that Megan’s moral compass is off and Steve needs to forget about giving her the benefit of the doubt.

Dr. Phil told Steve that he may never see his money again. That’s what happens with embezzlers. The money won’t come back and Megan could go to jail for what she did to Steve. If Megan doesn’t get help for her problem, she could do this to others.

Dr Phil: Benefit Of The Doubt

Dr. Phil asked Steve is he knows why this happened to him. Steve said it was because he is too nice. He gave Megan the benefit of the doubt, which Dr. Phil said is an outdated and wrong concept in today’s world.

“There is no virtue in tolerance of toxic behavior,” he said.

Steve said that when he first started seeing Megan a friend warned him to watch out. He was in his driveway and a man drove up and said that Megan would rob him blind.

Dr Phil said that instead of giving people the benefit of the doubt, you should keep an open mind. Going back to the “Sweet 16,” it’s important to adopt an investigatory attitude. To navigate today’s world we need to become street smart, savvy players. There comes a time when you need to be concerned for yourself and not the other person.

Dr Phil believe that something is really wrong with Megan’s moral compass. To deal with someone like Megan, you need to set up boundaries and investigate what’s going on before it’s too late. We need to require more of people in order to win at life, Dr. Phil said. He offered to help Megan before she gets in too deep, but if Steve presses charges it may be too late already.

Dr. Phil’s last words today were that all parents need to read Life Code. The perfect world that parents want for their kids doesn’t exist, so they need to make children urgently aware without being afraid of the world. He said there is a specific chapter in his book about this. He believes that finding a way to win can be fun and exciting.