Dr Oz: Is Lap Band Surgery Right For You?

If you have been struggling to lose excess weight for years, Dr Oz suggested it might be time to think about a new option. Lap Band Surgery is being embraced by more doctors and patients, despite the fact that it was once seen as a last resort for the morbidly obese.

Lap Band Surgery is not as invasive as you might think, and the procedure has evolved over the past several years to become safer and more effective for patients. It could take as little as 30 minutes to have a band placed at the top of the stomach, preventing you from overeating and spurring weight loss as a result. 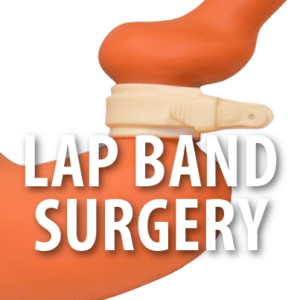 Should you consider Lap Band Surgery? Dr Oz explained that FDA guidelines have changed and more people qualify, especially if they have other conditions.

Dr Oz said that the FDA recently revised its guidelines about who would qualify for the surgery. If you are a woman of average height and 35+ pounds overweight, you might qualify if you have an existing co-morbidity. Patients lose an average of about 40 pounds.

Some of the women in Dr Oz’s audience had questions and concerns about this as a weight loss option, so he set out to answer them and assuage their fears. He showed off what a Lap Band looks like and how a port near the skin is used to loosen or tighten the band using a needle. This helps your doctor adjust the band after surgery.

Dr George Fielding and Dr Christine Ren-Fielding are a husband-and-wife team who are experts in bariatric surgery. Dr Fielding himself has gone through the surgery, and he said that he was able to lose extra weight and stop taking medications, keeping the weight off after years of yo-yo dieting.

The couple’s patient list has included celebrities and New Jersey governor Chris Christie. Diabetes is a major concern among doctors and patients when it comes to considering this surgery, Dr Christine said. Dr Oz explained that a 5’4″ woman who weighed 175 pounds would qualify, if she had one of these conditions:

Dr Oz: Why Not Get Lap Band Surgery?

Dr Oz said that 37 million Americans might qualify under the current FDA guidelines, but less than 1% will have the surgery. Dr Christine said that could have to do with patients not knowing it’s an option for them. She suggested it might be better to address the problem when you are 30 pounds overweight rather than waiting until you are heavier.

It is probably even covered by your insurance. Guidelines vary by state, and often insurance companies will want you to try alternative weight loss methods under a doctor’s supervision.

Trisha was a patient who had the surgery five years ago and lost a total of 60 pounds. It helped her get her high Blood Pressure and Type 2 Diabetes under control. After five years, she is used to the changes in her body and sticks with the dietary plan.

Instead of heavy meals, she now makes lighter choices, such as Greek Yogurt for breakfast, salad at lunch, and grilled chicken with veggies at dinner. Would you want to learn more about this type of procedure?