Dr Oz has been celebrating detox week and for this episode, he wanted to help his viewers look better in their bathing suits. He introduced three women who each lost more than 100 pounds, but first journalist Dr Sapna Parikh talked to several women about the panic over wearing a bathing suit.

Women shared that they hate the mirror when trying them on, and they always end up in tears. Dr Parikh reported that anxiety, even over bathing suit shopping, can cause blood pressure to rise and stress to skyrocket, which can lead to all kinds of unhealthy responses.

One woman admitted she even tried wrapping herself in plastic wrap to look slimmer in a bathing suit, while other women were guilty of working out too much while not eating enough food. Some women would even turn down invitations in order to stay covered up. 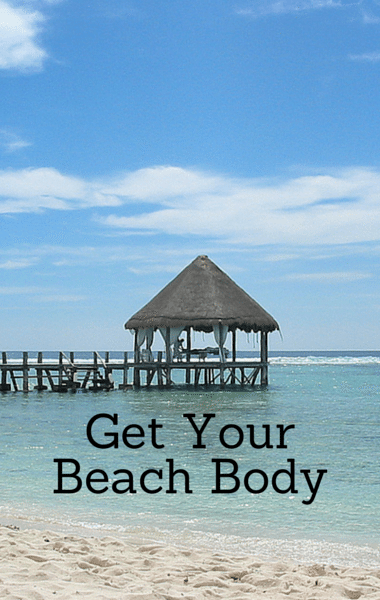 Have you joined a Zumba class yet? One woman did and lost 155 pounds! Plus, more ways to help you get a bikini body. (stefanedberg62 / flickr)

Dr Oz first introduced Sue, who once weighed 300 pounds. She’s a mother of two and had high blood pressure. She would cover up her body, no matter how hot it was. Sue lost 140 pounds and looked absolutely incredible! Sue shared that it was actually her ten-year anniversary of keeping the weight off, which was even more incredible. It took her two years to lose the weight.

Sue shared that it was hardest in the summer because she would stay home, covered up, ashamed of her body. Sue’s secret to getting in swimsuit shape was adding protein to every meal. She shared that she exercises every night and is now a fitness instructor. Protein helps give her energy all day long. Dr Oz explained that he typically suggests consuming around 20 grams of protein in the morning but she was actually eating a lot more than that.

Dr Oz then introduced Maria, who once weighed 293 pounds. She was only 22 years old when she was diagnosed with type-2 diabetes and instead of going out with friends, she stayed at home. Maria lost 100 pounds and looked amazing! She shared that it was her first time wearing a bathing suit, and did it just for Dr Oz.

For Maria to get into swimsuit shape, she had to cut out refined carbs. Maria said she learned how important it was to make small changes. For breakfast, she enjoyed oatmeal with fresh fruit because she liked a sweeter breakfast. Rather than a burger and french fries for dinner, she ate a veggie burger and sweet potato fries.

She also cut back on sugary drinks and replaced them with water. An old dinner for Maria consisted of a burrito with chips and dip. Now she typically enjoys beans and vegetables. She uses the slow cooker often to avoid the “I don’t have time” excuse.

Dr Oz: Dance Off The Pounds

Finally, Dr Oz introduced Alena, who used to weigh 310 pounds. She hit rock bottom when she was denied health insurance because of dangerously high cholesterol levels. Her husband was a doctor and expressed his concern that she would die an early death if she didn’t change her habits. She knew she wanted to watch her two daughters grow up, so she turned to exercise and nutrition to turn her life around. Alena lost 155 pounds and has kept it off for almost two years. Her “after” was unbelievable!

Alena’s weight loss secret was actually to dance off the pounds. She realized that “dancing is exercise in disguise” so she began to participate in Zumba. Now she’s an instructor and teaches that class! She showed Dr Oz some moves and he once again proved that as talented of a doctor he is, he certainly can’t dance!

Have you or someone you know recently lost weight? How did you lose it and then keep it off?