All season long, Dr Oz’s fans have been watching, working out, and weighing in as part of his Transformation Nation Million Dollar You campaign. With a total weight loss of over 3 million pounds, it’s safe to say this yearlong project was a success. Dr Oz recapped the 7 Step Plan, sharing Diet Tips from the 10 finalists, including Michael Lamb, Stephanie Lewis Vance, Stella Ortega and many more. Before the winner was finally revealed, Dr Oz shared tips from the last two finalists, plus a Quickie Hawaiian Pizza Recipe. 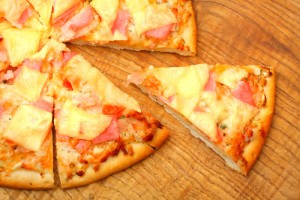 Mercedes Moebuis is a mother of two, and she was 70 pounds overweight when she had a breast cancer scare. Happily, it was just a scare and the growth was benign. But Mercedes threw herself into the program, losing 36 pounds and going from size 16 to size 6. Now she’s working toward a new career as a personal trainer to share wellness and healthy habits with others.

Mercedes Diet Tips: Drink lots of water and green tea to stay hydrated, but avoid artificial sweeteners. To save time, brew a large pot of tea in the morning and keep it handy in your fridge throughout the day.

Dawn was motivated to join the Transformation Nation Million Dollar You contest in an effort to change her husband’s life. He was 216 pounds and suffered from sleep apnea, which means he would stop breathing during the night. Dawn was terrified that he might die in his sleep.

She also knew that she faced her own health problems, including 40 extra pounds. Since taking on the program, she has gone from size 12 to size 4. She also got her husband involved, and his improved health has taken care of his Sleep Apnea problem.

Dawn’s Diet Tips: Don’t deprive yourself. You can still have the foods you and your family love, but there are healthier ways to create the same great tastes.

Dawn loves pizza, but she came up with this healthier alternative to one of her family’s favorite topping combos. The Quickie Hawaiian Pizza Recipe is only 6 points on Weight Watchers, and the recipe is very easy.

Jen McElroy has always struggled with her weight, even since being a teenager. Her maximum size was 382 pounds. She saw dramatic results immediately after joining the program. Now she’s gearing up for a half marathon, which is something she never thought she would be able to do.

Dr Oz teamed her up with an advisor, Coach Barbara, who will help her train and prepare for her half marathon. Hopefully, Jen will soon be running across the finish line and marveling at everything she has accomplished.

After months of workouts, countless success stories, more than 3 million lost pounds, and hundreds of thousands of votes, it was time for the moment of truth. One of the show’s 10 finalists would walk away with the top prize. But Dr Oz praised everyone who had success during Transformation Nation’s Million Dollar You program. Better health makes everybody a winner.

Liz Josefsberg from Weight Watchers said she is proud of what everyone has accomplished this year. It was finally time for Dr Oz to reveal the winner of the $1 million grand prize.

Michael Lamb got to take home a $1 million check from Weight Watchers, ShareCare and Dr Oz. That’s an exciting prize, and hopefully he’ll find a great use for the prize money.

Do you think Michael was the best choice for a winner? Or did you vote for one of the other finalists? One thing’s for sure: Dr Oz is going to have to come up with something huge to top this next year.