Dr. Oz and Gwyneth Paltrow talked about the death of her father, why she believes food is medicine and she talked about being criticized for putting her children on the elimination diet. Then she and Dr. Oz cooked up two of her favorite comfort food recipes from her cookbook It’s All Good. Here are the simple ingredients that you need for these healthy and easy to make recipes. 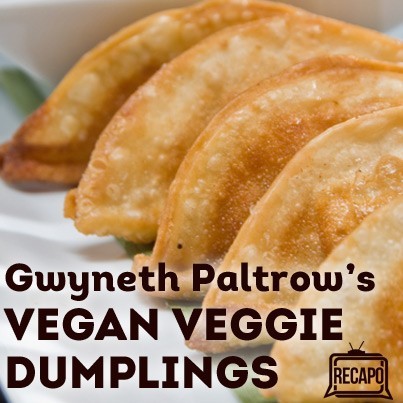 Dr. Oz watched as Gwyneth Paltrow made two recipes from her cookbook It’s All Good, which included a vegan veggie dumpling recipe with some dipping sauce.

Don’t worry, the directions are on the next page:

Gwyneth Paltrow told Dr. Oz she loves cooking foods that her children already love but substituting some ingredients to make them even healthier. She said their favorite foods are the types of food they can dip so she came up with this vegan veggie dumpling recipe to satisfy their food dipping needs. Here are the simple ingredients you need for this recipe: