Home > Dr Oz > Dr Oz Recaps
When you buy through our links, we may earn an affiliate commission. As an Amazon Associate we earn from qualifying purchases. Learn more.

With all the Hollywood glitz and glamour surrounding their lives, sometimes it’s hard to remember that celebrities have health struggles too. This year, Dr Oz has gotten shocking confessions from Jennifer Hudson, Paula Deen, Tyra Banks and many more. The Dr Oz June 1 2012 show featured a look back at some of their biggest health moments. 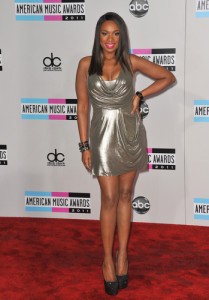 Jennifer Hudson has known success and sorrow, from her music success to an unspeakable family tragedy. But she has come through it all, and she told Dr Oz how her mother’s advice helps her achieve her dreams. Plus, her Weight Watchers success and Jennifer Hudson’s Eggplant Lasagna Recipe you have to try.

Montel Williams Right To End Your Own Life & Suicide Attempt

Do you have the right to decide when it’s time to end your own life? TV personality Montel Williams shared his secret suicide attempts this year on Dr Oz, and he said terminally ill patients should have the right to make a decision to die with dignity.

Paula Deen is the queen of Southern cooking, but this year she’s also been a queen of controversy about her Diabetes Diagnosis. Learn about her ultimate Southern dinner menu and why she said she’ll never quit smoking.

Tyra Banks seems confident and successful, but did you know that she has been both a bully and a bullying victim? She told Dr Oz about her Body Image Struggle and the Supermodel Bullying that’s rampant in her industry. Learn how she’s committed to inspiring and empowering women to change their lives for good.

Has plastic surgery caused cervical cancer in one of the Real Housewives? They opened up about the shocking health scare that rattled the show but never made it on the air. Find out how one housewife is doing now, in the aftermath of her offscreen cancer struggle.