In a Dr. Oz exclusive, Dr. Oz brought Long Island Medium, Theresa Caputo, onto the show so he can take brain scans of her brain to find out what is happening when she is giving a reading. While Dr. Oz has never mentioned doing a show like this before, Caputo said the last time she was on Dr. Oz she had a vision she would be hooked up to some type of machine so her brain could be scanned.

Before hooking her up to a machine though, Dr. Oz wanted Caputo to do a reading for someone in the audience so he could compare and contrast how she would do readings. While it might seem easy for Caputo to do readings at any moment, she said she doesn’t choose when the spirits talk to her. She simply gets a feeling. Luckily, she had a sense of something from the beyond from the moment she was on stage. She told Dr. Oz she felt the presence of a man and young girl and something about a blow to the chest.

One woman came forward saying her father had died but she had no clue who the little girl could be. At first Caputo thought it had to do with something she called “piggybacking,” where one soul follows another soul to deliver similar messages. 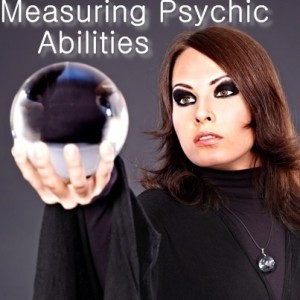 Dr. Oz asked Long Island Medium Theresa Caputo to perform a reading in the audience and looked at the brain scans of a person doing a psychic reading.

A woman raised her hand and said she had lost her father and her sister. Caputo was feeling something about a birthday and the woman said her father had died on her daughter’s birthday which is coming up next week.

Next Caputo saw a light switch which is a sign the woman had to take control and make a decision about the funeral or about medical issues or something where there are only two choices, which the woman said did happen. She then heard the woman from beyond say something about a bed of hair and the woman in the audience said her sister had the best hair. Then Caputo said the man from beyond was mentioning something about coins. At this point the woman in the audience was a bit teary eyed saying her father had a coin collection and he is always giving her pennies in her sleep.

To find out if brain scans can actually show whether a person is psychic, Dr. Oz called on the help of Daniel Amen, a world renowned brain imaging specialist.

He told Dr. Oz there can be evidence of psychic ability and he has seen it in person. He was doing a study once on what he called “normal people.” After the brain scans were done a person from the group told him she could do psychic readings which intrigued him. So he did a brain scan when she was giving a reading and found changes in the two brain scans.

Her brain scan from the reading showed very little activity in the brain and Dr. Amen said he would expect that since you need to quiet the brain to talk with the other side.

Four Questions To Know If You Are Psychic

Dr. Oz and Dr. Amen came up with four questions every person who believes they are psychic should be able to answer. If you answer yes to three or more of the questions below, you might have psychic abilities:

How Psychic Readings Work In the Brain

To get a better understanding of how a psychic reading could happen in the brain, Dr. Amen explained there are two parts of the brain that make it a possibility. The first is the prefrontal cortex which has been shown to make a person more impulsive and intuitive when in a state of low activity. The second area is the temporal lobe on the right side of the brain. Researchers in Canada found that if stimulating that area, the person would have a feeling that they have connected with someone on the other side.