From primetime confrontations to tabloid headlines, the genesis of Bravo’s Real Housewives franchise can be traced all the way back to Orange County, California. After years in the spotlight, on and off camera, the show’s reality stars came to Doctor Oz to confess their sins.

Alexis, Gretchen, Heather, Tamra and Vicki sat down with Dr Oz to reveal the truth about their lives, from plastic surgery to the secrets we never saw on the show. 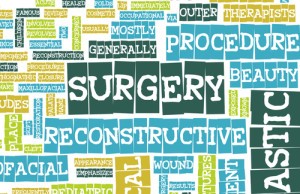 The Real Housewives of Orange County opened up to Dr Oz about their history of plastic surgery procedures.

These women say they are just like many other women, admitting to insecurities. But they maintain that they have a higher level of scrutiny because they volunteered to be reality TV stars. Be careful what you wish for, ladies everywhere.

If you found yourself on this type of reality show, could you bring yourself to watch the episodes? I feel like you’d have to, even though I don’t think I’d want to see the mess the editors made of my life.

Alexis said she has had breast implants, and soon she’ll undergo a Rhinoplasty. Of course, in a clip from the Bravo series, she told her co-stars she is having sinus surgery; if there is a medical reason for her insecurity, it’s probably not in her sinus cavity.

Tamra copped to having three surgeries, including one to remove her breast implants, because she says she got over her insecurities and doesn’t need them anymore. She said she has had her breasts done three times.

Other ladies have admitted to Tummy Tucks to repair the loose skin left behind after C sections. None of these ladies wanted to admit to having the most plastic surgery of all the cast members. They also kept mum about how much they’ve spent on elective surgery through the years.

The women claim they’re talking to Dr Oz to set the record straight and open up about their plastic surgery past, not to promote the new season of their reality series, Tuesday nights on Bravo.

Fellow OC Housewives Gretchen, Heather, and Vicki all denied going under the knife. Do you believe them? The consensus among these Real Housewives is that women shouldn’t lie about whether they’ve had plastic surgery.

Tamra seemed to be the only woman on the show who was interested in getting real with Dr Oz. She said she had to see a doctor after discovering lumps in her breast. It turned out that she had Cervical Cancer, which of course was very upsetting for her.

She said this is what led her to take control of her body and have her Breast Implants removed. This was all happening while she was going through a divorce, and it was important to Tamara to be strong and healthy for her children.

On the bright side, Tamara’s surgery to remove the cancer was a success, and she’s having regular checkups twice a year to make sure it’s gone. Dr Oz wondered why Tamra kept this a secret on the reality show, since almost nothing is off limits for these ladies.

She said that it was too new and raw while it was happening, and she thought if she didn’t bring it up, it would keep the cancer from coming back. Her fellow castmates agreed that the camera crews don’t need to know all about their lives. This interview is really calling into question the accuracy of the title of their show.

Tamra said that since her cancer scare, she’s afraid to get Botox. It’s caused her to really make her health a priority, and she doesn’t want to pump her body full of foreign products.

Most of the women in the cast admitted to Dr Oz that they have regrets about some plastic surgery they’ve done. But they said none of them dwell on the regrets, inexplicably referring to them as positive experiences that gave them an opportunity to be role models. Are they thinking of mannequins, maybe?

Tamra warned young women not to rush into plastic surgery, because you may not think about the consequences until you’re older. The ladies also agreed that their status helped them gain access to board certified doctors rather than unprofessional cut rate surgeons who are inexperienced or cut corners.

Gretchen said she’s never had plastic surgery; whether her co-stars believe her is another issue. She has no plans to ever have elective surgery, and she said fans have written to her thanking her for taking a stand.

Dr. Terry Dubrow is a plastic surgeon, and he’s married to Real Housewife Heather. Though he said that someone from Orange County who’s never had surgery is called “pre-op,” he doesn’t feel his own wife needs any procedures. When pressed, he admitted that she has some loose skin around her abs. He sounds like a prize catch. Those two must be very happy together.

You may remember Dr Dubrow from the Fox reality show disaster The Swan, which misrepresented plastic surgery as a simple process, glazing over the long and painful recovery that’s involved.

Dr Dubrow said Breast Augmentation patients have a 100% risk of needing follow up surgery; more than half the time this is due to complications from the first procedure.

Dr Oz said that age 50 is the happiest year of life, according to research. He stressed that we should focus not on looking like we’re 20 at age 50, but looking good for our age at 50. Women shouldn’t feel the pressure to look young, which can cause them to take drastic and unnecessary measures. Plastic surgery is not the solution to emotional problems or low self esteem.