Dr Oz shared that it’s been ten years since the death of actor and activist Christopher Reeve. Now, his oldest son Matthew is revealing for the first time a breakthrough in spinal cord injury treatments. Three different men shared their stories of how they suffered a spinal cord injury. Dr Oz said to try to imagine sitting in a chair, unable to move your body, for the rest of your life. The men were all told that their conditions were permanent and that they would never walk again. On top of that, when you’re paralyzed from the neck down, your body can’t regulate its temperature, your bladder doesn’t function, your bowels don’t function, and you have no reproductive function. 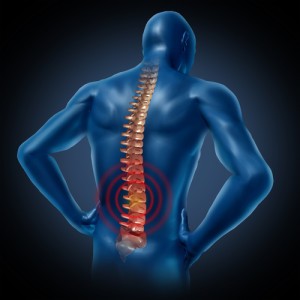 Dr Oz talked to Matthew Reeve, the son of Christopher Reeve, about the breakthrough treatment for those with spinal cord injuries. (Lightspring / Shutterstock.com)

So what if there was a switch that would allow all those men to function again? The epidural stimulator is placed on top of the spinal cord in the back and sends generalized electrical signals to the spinal cord, reminding it of its potential. Dr Susan Harkema is the research director at Frazier Rehab Institute, and she explained that a tiny little signal of intent can come down and generate the body to move.

Through use of the Epidural Stimulator, all three of the men were able to do things they never imagined possible. One could still remember down to the smallest detail the feeling of his brain telling his leg to move and it actually happening, unlike all the times before. The men now have more confidence and self-esteem. They even regained bladder and bowel function as well as reproductive function. With the stimulator turned on, they can stand up on their own.

Dr Harkema said there’s tremendous potential for the technology that is so new. One of the men said that the epidural stimulation project is the definition of victory over paralysis.

Dr Oz: Treatment For Those With Spinal Cord Injuries

Matthew Reeve and Rob Summers, one of the men who was paralyzed and using the stimulator, joined Dr Oz to talk about the incredible breakthrough. Matthew Reeve said they’ve come a long way and they still have a long way to go. Rob shared that it’s an incredible feeling to overcome adversities and all the people who told him he’d never be able to do what he’s done. Dr Oz said the project wouldn’t have happened with Christopher Reeve. Matthew said there is no longer a question of whether there are effective treatments, but instead how soon we can get it to those that need it.