Do you have trouble staying focused or paying attention? Does your mind wander? Dr Oz said that this can happen to anyone, including journalist Lisa Ling, who was diagnosed with Attention Deficit Disorder (ADD) at age 40.

Ling said she always suspected she might have problems with her attention span, admitting that she struggled and worked hard to get good grades in school. She was doing a report about ADHD in children, and that inspired her to be tested herself.

Her diagnosis of ADD was confirmed, and she said that it still makes her anxious to think about it. “But I’m glad I got confirmation, and it’s been a tremendous learning experience,” she said. 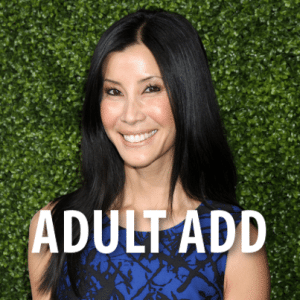 Dr Oz said that 10 million adults have ADHD, and as many as 1/4 of those in the US are unaware they have the condition. Dr Oz showed a clip of Lisa taking an assessment test and struggling to remember the word Metronome, before learning about her results.

Dr Oz asked Lisa Ling whether she felt less anxious about her recall problem after knowing the medical diagnosis. She said that the testing process is involved and exhausting. Even the idea of test taking could spur her anxiety, and she felt she always performed poorly.

“I’m glad I finally got an explanation for why I always felt so frustrated all my life,” she said. ADD is more common in women than men, though ADHD is an umbrella term (the H stands for Hyperactivity).

Ling said that girls are less likely to exhibit hyperactive tendencies, and are more likely to be diagnosed later in life.

Lisa Ling suggested that if you feel you may have problems with focus or attention, you should see a specialist. Though there are fears and concerns about these conditions being overdiagnosed, Ling suspected that doctors who are not qualified in this area may be jumping to conclusions in some cases.

“Go through the testing, because there are ways you can get help and figure out what the right treatment plan is for you,” she said.

What are the three major symptoms of ADHD?

Dr Oz said to ask yourself if these symptoms are getting in the way of your productivity in life.

Dr Oz: What Happens in the Mind with ADHD

Dr Oz came up with a ping pong game to illustrate what may happen in the mind of someone who has an attention disorder. Lisa Ling was a capable ping pong opponent. But before long, many other colorful ping pong balls started bouncing in as alarms, noises, and lights were barraging both of them.

Ling admitted she had trouble focusing even during that demonstration. As an investigative journalist, she has been able to hyper focus on her passion for work. “Find something where you have a lot of support,” she said, crediting the teams she works with on her stories.

There is some controversy about whether medication should be a part of the treatment plan for patients with ADD or ADHD. Others suggest that Mindfulness or Meditation could be just as effective.

Dr Oz asked Lisa Ling what she does to cope in her daily life. Though she said it is a challenge, she takes time daily to quiet her mind. She also reads out loud to herself, which helps her with comprehension.

Ling said that her diagnosis helped her feel like she was not alone in her struggles. “It is a learning deficiency,” but you can get treatment and live a productive, normal life, she said.