Gwyneth Paltrow told Dr. Oz she thought she was having stroke at one point in her life. She said she was fine one moment but the next moment she felt so strange she couldn’t even put sentences together. She then had a blinding pain on one side of her head and the right side of her body began to go numb. While those symptoms sound like a stroke, it turned out she was actually suffering from a severe migraine headache.

After numerous medical tests, Paltrow learned she was anemic with a vitamin B deficiency along with other issues her doctor told her she could treat by changing her diet. Although she considered herself healthy, Paltrow decided to go on a “healing” diet that required her to get rid of the foods she loves, like bread, cheese, coffee and wine.

After weeks of being on the diet, Paltrow said her blood work came back normal and she was feeling better than ever. 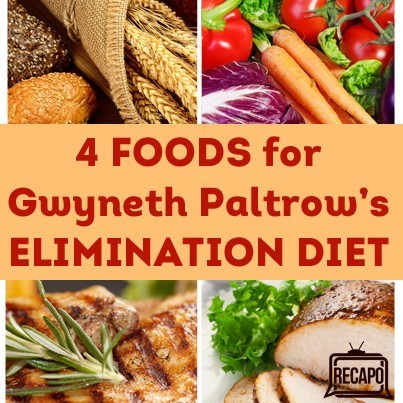 Dr. Oz and Gwyneth Paltrow discussed her severe migraines, how she though they were a stroke and how both taught her that food really is medicine. (Entertainment Press / Shutterstock.com)

Gwyneth Paltrow told Dr. Oz about the death of her father, who she called “the love of her life,” and how it changed her perspective on life. When he was first diagnosed with throat cancer, she wanted nothing more than to heal him so she suggested everyone go on a macrobiotic diet, which did not go so well. When she tried to give her dad a “healthy” chocolate cake, he didn’t want any of it.

After his cancer went into remission for five years, Paltrow never thought he would die from the cancer. When it came back though, her father was not strong enough to pull through and he passed away. Paltrow told Dr. Oz her father’s death was one of the most devastating things ever to happen in her life, but it also made her realize how important diet is to health. She said her father was not a healthy eater and it could have led to complications and disease in his life.

Gwyenth Paltrow wrote about her elimination diet in her book, It’s All Good, where she talked about the countless foods she had to eliminate form her diet for good. She had to stop eating sugar, potatoes, corn, alcohol, dairy, wheat, meat, processed foods and a few other types of foods.

So what is there left to eat?

Paltrow, a self proclaimed foodie, said she embraced the foods she could eat like chicken, turkey, vegetables and grains. She said eating a cleaner, whole foods diet has made her feel much better but she also said she never denies herself anything because life is about balance.

Gwyneth Paltrow has been criticized by some people who say she is a cruel mother for putting her children on the elimination diet but she does not think it is true. Paltrow said her son is allergic to gluten so he needs to eat gluten-free foods. Other than that though, she said her children are very healthy and they even have an Oreo every once in awhile. She told Dr. Oz the criticism does not bother her because these people are strangers to her and know nothing about her life. Her priority is to feed her children as healthy as possible when they are at home so they can learn to make the right decisions when they go out into the world on their own.