Dr Oz: She Didn’t Know She Was Pregnant!

Dr Oz asked his viewers to imagine not knowing you’re pregnant until you go into labor. It’s called a cryptic pregnancy and it happens a lot more often than you may think. He then shared Amanda’s story.

Amanda shared that she and her husband Billy were high school sweethearts and they had big dreams of starting a family, but struggled to conceive for four years. They eventually reached the conclusion that it just wasn’t going to happen. She shared that she was working 8-10 hours a day and noticed that she started gaining some weight, but thought it was just stress. Her hands and feet were swelling and she stopped getting her period, but again she thought it was just stress. 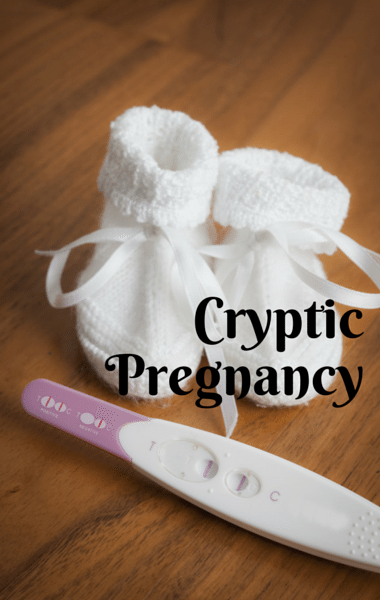 Dr Oz talked to couple who legitimately didn’t know they were pregnant until the baby was being born. (Ramon L. Farinos / Shutterstock.com)

Billy came home surprised to see his wife there, thinking she was supposed to be at work. She was there, but she was so out of it that she didn’t know who she was or who Billy was. He rushed her to the hospital, where they found out that she had a seizure, and then another one. But what came as the biggest surprise was when the nurse told Billy that Amanda was pregnant and she was going to have the baby that day.

Her blood pressure was 223/197 and she was having seizures with eclampsia. She was placed into a medically induced coma and airlifted to a hospital. She had an emergency C-section and the baby was delivered, but Amanda remained in a coma. Billy said even with the tubes, she was the most beautiful baby he had ever seen. Three days later, Amanda woke up and saw her baby.

Amanda and Billy joined Dr Oz, saying that both she and the baby are in perfect health. Amanda said that when she woke up from the coma, she was still a little out of it and Billy came in and said, “We need to talk.” He told her she had been airlifted and they had a baby in the nursery. She said it was a shock because they didn’t think it was medically possible. He then showed her pictures of the baby and she knew right then that the baby was hers. Billy explained that they had a friend at the local hospital who talked to them and told them Amanda was pregnant. Billy said he knew he was truly blessed.

Dr Oz shared the typical symptoms of pregnancy, because he was so shocked that Amanda had no idea she was pregnant. The first was weight gain. Amanda said she may have gained a couple pounds, but she was still wearing the same clothes.

As for her swollen feet, she thought she was just standing on concrete for too long, and her period were always irregular so she thought nothing of her missed periods. As for nausea and vomiting, she got sick one time and thought it was because she ate bad barbecue.

Dr Oz said they’re able to laugh about it now, but Amanda is incredibly lucky because she had preeclampsia, which involves extremely high blood pressure and can lead to eclampsia, which can cause seizures. Dr Oz said that was a health catastrophe. Amanda said she remembers Sunday night, and her baby was born on Monday.

Dr Nachtigall said it can happen to anyway, but it’s not surprising that it happened to Amanda because she truly believed that she couldn’t get pregnant. She further explained that weight gain is variable during pregnancy and sometimes people who are heavier to begin with may gain less or not notice the weight gain.

As for whether the couple ever felt the baby kick, Amanda said she never did. One time Billy was laying with his arm around her and thought he felt something, but chalked it up to gas. Dr Nachtigall said some people feel the baby move all the time, whereas others may not. She said Amanda may have felt the kicks and thought it was just indigestion or uterine cramps. It also depends on where the placenta is, because if the placenta is right in front of the uterus, you may feel the kicking less.

Dr Oz said it’s called an anterior placenta. If the placenta is right behind the belly button, it acts as a cushion and you may not feel kicks as much as other expecting moms. He said it shows how different pregnancies can be.

Amanda said she had no ultrasound pictures and no doctors appointments, but thanks to her community, they had a room full of stuff for the baby. She said it’s hard to explain what happened, but she’s living proof that there’s people out there who do not know they’re pregnant. Dr Oz then welcomed the little miracle baby out, showing that she’s now a healthy young girl.

As for why this happened, Amanda shared that she lost her mom in August of 2011 and she feels like God took an angel to bring one.