Dr Oz explained that he chose the 200 members of his 1,000th episode audience with a simple pair of signature purple gloves. He packaged up 200 pairs of his gloves in a box with a special invitation. He sent them out to 200 of the show’s most passionate supporters over the past six years. All the audience members had their purple gloves on and were incredibly excited to be there. Dr Oz explained that the gloves are the same as the ones he used in anatomy class and in medical school. Ever since the show started, he wanted to teach people about the health of their bodies, which is why he knew he wanted to be hands-on. 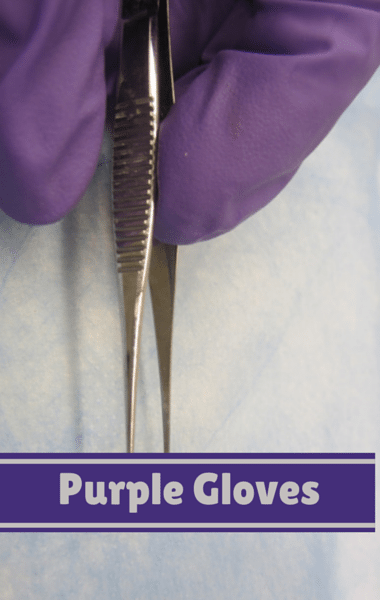 Dr Oz celebrated his 1,000th episode by looking back at his purple-gloved Assistants of the Day (meanderingwa / flickr)

In each episode, he would call down an Assistant of the Day and ask them to put on the special pair of purple gloves. Dr Oz loved to make learning about health cool and fun, and he certainly did that. He said his viewer was the co-host of his show. Diann Duthie, the Art Director for the show, explained that Dr Oz and the executive producer came to her in the beginning of the show wanting to make health fun and understandable. That’s why they wanted to make it interactive and hands-on.

Ali Perry, a segment producer, said the best thing about an Assistant of the Day segments is that you can go as big and as crazy as possible. Nicole Romanella, a segment producer, said it may be big or gross, but it’s going to be fun and memorable. There are graphics, animations, and props. Dr Oz said the show lives off the energy of the audience.

Dr Oz: Who Was The Mystery Guest?

Dr Oz then shared that his Assistant of the Day for his 1,000th episode was a complete mystery. He only had questions written down on a piece of paper that he could ask to try to figure out who it was. He stood on one side of a white wall, while his mystery guest joined the show for the audience to see.

Dr Oz asked, “Do you shave your face or your legs?” The mystery guest spoke into a voice-altering microphone and said they had done both but not for a long while. They said they usually just shave their face.

Dr Oz asked if he had ever seen the person on TV or in movies before and the person responded, “I hope so. Otherwise, I’m in deep, deep trouble.” Dr Oz asked if they had won any awards and they responded with: “I have a star on the Hollywood Walk of Fame and I won a Peabody, five Emmys, a Lifetime Achievement Award, and my dog loves me to death.”

As for if they have anything in common, the person said, “We’re both foxes.” Dr Oz said he narrowed it down to a few people but had no idea who it was. So who was the mystery guest? Alex Trebek!

Dr Oz said Alex was one of his guesses, and Alex then shared that they have their 7,000th Jeopardy episode coming up in May 2015. Dr Oz then shared that he knew imitation is the best form of flattery, and Alex Trebek has been parodied a lot. Will Ferrell on Saturday Night Live was one of the most popular imitations of Alex.

Alex will soon be 75 years old and he said what keeps him young at heart is a curiosity about life. He said he has one good meal a day and usually skips lunch. He used to have a Diet Coke and a Snickers for breakfast. But he ran into a nutritionist, whom he said he listened to, which is why he now has a Diet Pepsi and a Milky Way.

Were you surprised Alex Trebek was Dr Oz’s special mystery guest? Who were you hoping it would be?