If you think you don’t have enough time to get healthy, Dr Oz wants you to think again. He had some great ten-second solutions for even your worst cold. He asked his viewers for their best home remedies and he picked the ones that he really thinks could work for everyone. First, one woman shared her home remedy for chest congestion: eucalyptus. She explained that when she was growing up, she and her mom would fill a bowl with hot water, add in a few drops of eucalyptus oil, and then inhale while holding their face over the bowl with a towel over their head. 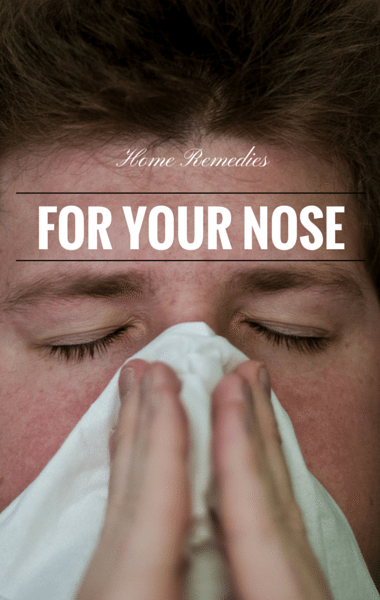 Dr Oz said there is great data behind the remedy that can open up all the congestion and make it easier to breathe.

Next, Nicole had a ten-second remedy for a stuffy nose: a spice shot. She explained that you mix a little horseradish with ketchup, and then add some lemon. She said she’ll use it as a shrimp cocktail or even eat it by itself to get rid of her runny nose. Dr Oz wasn’t very good at handling spice, and took a little bit, saying it was very strong. He said studies have shown that spices can really clear up your sinuses.

Next, Gina had a remedy for a cough, which was a mixture of thyme, honey, and milk. Gina said anytime her daughter gets a cold or sore throat, she mixes up the drink and it will help soothe her throat and calm her down. Dr Oz said honey is a proven cough suppressant. Dr Oz took a sip and said it was much better tasting than the spice shot!

Finally Dr Oz turned to Erin who had a ten-second solution for a runny nose. She explained that she likes to use some minced garlic, and will eat a spoonful of it before swallowing it down with water. She said it’s a great remedy for when she feels a cold coming on, and seems to prevent the symptoms. Dr Oz joked that it also works to keep people away from you so that you won’t get sick that way.

What’s your favorite 10-second solution for a common health problem?

At the end of his show, Dr Oz shared the story of a man in Saudi Arabia who decided to put a charity fridge outside of his house. The fridge is open for donations and the contents are free to those in need. Many have followed in his footsteps and set up a fridge of their own. Dr Oz said it’s a reminder that there are many ways to give.