One of the most enduringly popular Dr Oz topics is aging and how to reverse its effects. This episode looked at the role a particular vitamin could play in that equation. Are you getting enough B12? Dr Oz called it the superhero supplement, and it’s a secret weapon that may be worth learning more about. If you’re ready to turn back the clock, check out this advice about Vitamin B12 and know the Vitamin B12 deficiency symptoms. 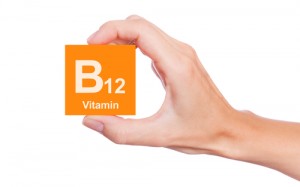 Are you getting enough Vitamin B12? Dr Oz and experts discussed symptoms and causes of Vitamin B12 Deficiency, which affects 40% of adults.

Are you tired all the time? Do you feel like you’re always forgetting things or just seem depressed for no particular reason? One possible explanation is a lack of Vitamin B12, which affects an estimated 40% of people.

B12 is vital in guarding your immune system against disease. It helps you feel young as the body produces more red blood cells. You can get it naturally in foods you eat or as an injection, which begs the question: why are so many of us (up to 47 million Americans) not getting the Vitamin B12 our bodies crave?

In some instances, a lack of B12 could be mistaken for symptoms of other medical issues, like Alzheimer’s Disease, strokes, or clinical depression. Before this episode taped, the audience submitted to medical testing. Dr Oz revealed that 1/3 of his audience was deficient in Vitamin B12.

Dr David Katz said that Vitamin B12-deficient patients are at a greater risk for anemia. The body won’t produce DNA properly if it doesn’t have the vital B12 it needs. That means cells aren’t replaced as needed. Part of the deficiency is caused by the increased percentage of processed foods in our diets. Another contributing factor is a rise in prescription drug use, which can interfere with B12 levels.

Registered dietician Kate Geagan said that this is a growing concern, because a low Vitamin B12 level could cause permanent damage to your health. However, this is a uniquely American problem. These statistics aren’t seen in other industrialized countries like Japan.

Kate explained that cultural differences in diet are one factor. In Japan, seafood is much more integral to the diet, and it’s naturally loaded with B12. Comparatively, the Japanese also have fewer prescription medications as well.

Ask yourself these questions to see if you could have low Vitamin B12.

Answering yes to just one of the questions means you could be Vitamin B12 deficient, according to Dr Oz.

What Causes Vitamin B12 Deficiency?

Here are some of the contributing factors mentioned by Dr Oz and his guests.