Dr. Oz said earlier in the season we met Don, a South Carolina sheriff who wanted to take control over his health. He had suffered a heart attack and weighed in at 336 pounds, so he asked for help. Dr. Oz revealed that Don’s heart function was way lower than it needed to be and so he set him up with a team that could help turn his health around.

It’s only been a month and already Don has made some incredible changes. He said that he’s already lost a “considerable amount of weight” and now he has removed red meat from his diet, will eat salad, and has a lot more vegetables. He also said that before, he could only walk a few steps before he would start to get winded, but now he’s getting anywhere from 7,000-8,000 steps a day with little or no problems. His goal is to get to 10,000 steps a day. He emails his doctor every evening with what he had to eat that day and his step count. 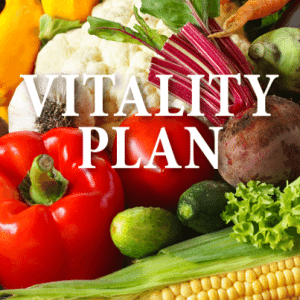 Dr. Oz checked in on Don, who is participating in his vitality plan, to see how the plan and cutting out red meat has improved his overall health. (Lidante / Shutterstock.com)

He said his wife has been right there with him throughout the process and she has even lost 14 pounds herself. He also shared that his ultimate goal was to get back into law enforcement and he’s now a lot more optimistic about his future. Dr. Oz showed what Don looked like before, and then welcomed him out to show off what he looks like now, just a month later.

Dr Oz: Why You Should Cut Out Red Meat & Eat More Vegetables

Don shared that when he first started the journey, Dr. Oz said six words to him that struck fear in him and made him feel like he had already been set up for failure: no more red meat, more greens. He said he’s been able to stick to the diet and stick to the exercise program, and feels pretty good about how he’s doing. Don also shared that he has a fire inside of him again, and said his wife made a comment to him when he was experiencing some pain after an exercise, and their son asked if they were going to do another lap. His wife said, “I seriously doubt it” and Don turned to his wife and said, “Don’t ever doubt me” and they did another lap. He shared that his entire family exercises together.

Dr. Oz then shared that before, Don weighed 336 pounds and now he weighs 304 pounds. Before, his waist was 56 inches, and now his waist is 52 inches. Dr. Oz then talked about Don’s ejection fraction, which is how well his heart is contracting and said that it’s supposed to be more than 55%, but Don’s was at 33%. It is now at 49%, which is a dramatic improvement.

Dr. Oz said they’re not only changing how he feels, but they’re allowing him to see life in a whole new way. Don got emotional saying that before he lived in fear that he was going to widow his wife and leave his children fatherless, and he no longer goes to bed with that fear. Dr. Oz also shared that when Don came on the show, he was taking 14 medications, and yesterday Dr. Oz spoke to his doctor and they’re now going to reduce the amount of medicines Don takes, and eventually have him even stop taking some of those medications.

Don said his perspective on life has changed and as Dr. Oz said, he’s certainly inspiring everyone around him. What’s next for Don?