Mark Bittman, author of Eat Vegan Before 6:00, told Dr. Oz he fell in love with food because of his mother. When he was a child she would make a home-cooked meal every single night. When he left home, he knew he needed to learn how to cook so he taught himself the basics of cooking and used simple ingredients to create healthy, delicious meals. 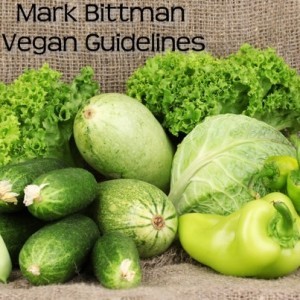 Mark Bittman talked with Dr. Oz about his new book, Eat Vegan Before 6:00, and he shared his three rules to follow when eating a semi-vegan diet.

Like most people, Bittman said he didn’t start eating really healthy until a health scare woke him to his own mortality. At 56-years-old, Bittman said he learned he had high blood sugar, high cholesterol, was overweight  and was pre-diabetic. His doctor of 30 years told him he needed to start living a vegan lifestyle to turn around his health. At first Bittman found the idea crazy but he soon realized he could combine the concept of vegan lifestyle with a diet that also included meat and other foods he loved to eat.

Bittman said there was no magic formula that helped him change his lifestyle, which he documents in the book. He simply wanted to come up with a plan he and others could realistically follow for the rest of their lives. Mark Bittman told Dr. Oz he normally eats whole, healthy foods before 6 p.m. and after that he “lets it rip.”

Eat vegan until 6 p.m. – Bittman spends his day eating whole grains, legumes and nuts along with fresh fruits and vegetables.

Portion size does not matter – Before 6 p.m., Bittman said you can eat all the healthy, whole foods you want.