Recently, Dr Oz has shown his flair for game show hosting with contests like Family Food and the $500 Health Drop. This time, it was a Fat-Fighting Snacks themed installment of Jeopardy! that put him in charge of another fun game segment. 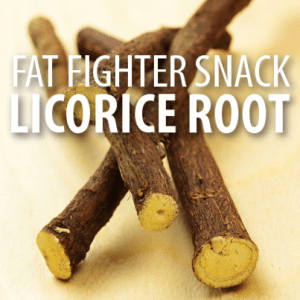 Get the facts from Dr Oz on some fat-burning natural snacks to try, from Licorice Root and Watermelon to Pistachios for protein and Figs for more fiber.

Three women from the audience were put to the test to see how well they knew the healthy snacks that could replace some of their more sinful indulgences that can come along during the day. Ja’Nair, Maryann, and Nancy were formidable competitors, and they helped to teach us all a bit more about how our snacks can slim our waists.

Though you might know it best as part of a Fig Newton cookie, we learned during the game that Figs are filling because they are high in fiber, and they can also help you to lose fat you may be holding onto.

Comedy Central TV host Stephen Colbert is a new spokesman for Pistachios, which Dr Oz explained are one of his favorite nut snacks, because of their high protein content. Protein tends to break down more slowly during digestion, giving you the satisfaction of feeling full longer.

Though it has been popularized as a go-to candy (and one of my personal weaknesses), the real benefits of Licorice come from the roots found in health stores that block enzymes to prevent fat buildup in the body.

Watermelon is a large summer fruit that Dr Oz said boosts the production of amino acids in the body that help to keep your metabolism going strong. If you thought it was just a picnic dessert, now you know that it’s also very good for you.

In case you missed it, Dr Oz’s Final Jeopardy category revolved around Fenugreek, the Egyptian plant that lowers blood sugar and can be added to many foods. What’s your favorite snack from the list Dr Oz featured?