For the first time on The Dr Oz Show, The First Lady, Michelle Obama, sat down to discuss the obesity epidemic. She came out onto the stage in a modest sleeveless pantsuit— of course, to show off those killer arms, no doubt. The audience gave her a standing O. 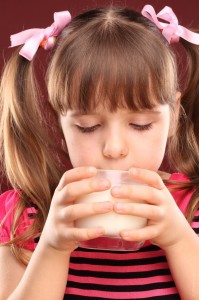 Dr Oz said she could have focused on anything, but why focus on childhood obesity? She stated that this was a personal issue for her. When she first came into office, she was a mother with small children and was a busy working mom. She found that her family was eating out more than they should. She didn’t cook as much or pay as much attention to portion sizes. Her then younger children were always active, but during one doctor’s visit, he noticed a little bump up in her girls’ BMIs (Body Mass Index.) She wasn’t prepared for that. This let her know that the family’s trends had changed, which caused them to be less healthy.

She found that making simple changes, like eliminating processed food and getting rid of sugary drinks helped. The very next doctor visit, he was astounded by the change and asked what she did. Then she and her doctor began talking about the obesity epidemic and how her doctor noticed the increase in obesity in children across the nation. Even though she felt as though she was educated when it came to health, at that time, she didn’t know about these trends. One hundred and ninety billion dollars are spent on obesity related illnesses every year, so she felt she had to take on this challenge.

Michelle Obama: Taking the Fun Out of Food?

Michelle admitted that she had run into obstacles when taking on this challenge but she doesn’t focus on negative criticism because the positive responses have been overwhelming. It’s about giving parents the guidance, resources and information to make the right choices for their families. Michelle believed that there are no one side solutions to this issue.

Doctor Oz noted that some say she is taking the fun out of food, but she responded that she’s trying to do the opposite. She was trying to make it fun. She enjoyed talking about the fun foods she does ate. She stated that it wasn’t about deprivation, it was about balance.

When she was younger, eating out was a rare treat. Today, people go to fast food restaurants a couple of times a day. Parents aren’t aware of how quickly the trends have changed. Back in the day, there were only seven channels on television, so there was no watching TV all day long. Today, the kids have 24-hour television. Kids are also sitting in front of the computer more. Things have changed. Parents aren’t trying to make our kids unhealthy, but society works against us sometimes. “It’s not about placing blame, it’s just making people aware,” she told Dr Oz.

Mayor Bloomberg raised issues of the importance of government when it came to childhood obesity. Doctor Oz noted that some people were against him, her and Bloomberg. Dr Oz believed that the greatest national threat we have is obesity. She agreed, stating that from the ages of 17-24, the #1 issue keeping people from qualifying for the military is obesity. Because of this, they are trying to re-educate to get people ready for combat.

The government is going to have to be involved. Michelle said they are trying to be a source of information and education. She started with kids because people will do for their kids what they aren’t willing to do for themselves. “We all love our kids and want to make them healthier,” she said. Kids also don’t come with the habits and baggage that adults do. They will eat veggies a lot quicker than adults will. (I can attest to that!)

Another issue is that kids no longer have gym class. Some children live in areas where it’s not even safe to play outside. Parents are going to have to adapt to make their kids safe when playing.

How do you feel about what the First Lady had to say? Leave a comment and let me know.  We received a comment via e-mail from a reader who made an interesting point.  Here is what Carole had to say: “So when are you going to have Ann Romney on the show? She could talk about the many positive ways – both mainstream and alternative – that she is dealing with her health issues. I will be sure NOT to watch Dr. Oz today. Let’s be fair and give our NEXT First Lady an hour of free face time.”  Let the debate begin!!!