Dr Oz shared videos of a delicious-looking burger sizzling on a hot grill as it was cooked to perfection, and explained that the burgers we were looking at actually had more protein than the last burger each of us ate. How can he be so sure? It turns out the burger in the videos we were watching were 100% plant-based and contained no meat at all. How is that possible? Naturally, Dr Oz just had to find out, which is why he sent award-winning food journalist Mark Schatzker to find out.

Dr Oz: The Impossible Burger & Beyond Meat Beyond Burger

Bland, soggy, mushy, and grainy are some of the words that have often been used to describe veggie burgers and other “alternative” meats. It seemed impossible to create a meatless burger that tastes like real meat. Well, Silicon Valley is proving that it wasn’t so impossible after all. Two new start-ups have seemingly created the impossible: meatless meat that tastes like meat. First is the Impossible Burger which is a veggie burger that actually bleeds. It turns out the burger is now so popular, it’s nearly impossible to actually get your hands on one.

Then there’s Beyond Meat’s Beyond Burger which is already available in grocery stores. Mark was hoping to learn more, so he met Beyond Meat’s founder, Ethan Brown, at Whole Foods. Ethan explained that he wanted to change the protein at the center of the plate from animal protein to plant-based protein in order to solve some of the world’s biggest problems like human health and climate change.

Dr Oz: How Is Beyond Meat’s Beyond Burger Made? 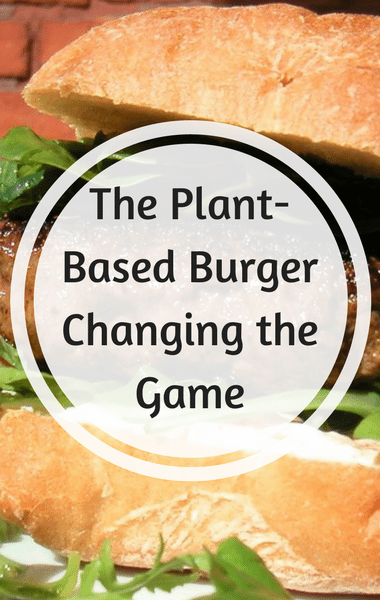 Mark Schatzker investigated Beyond Meat’s Beyond Burger to find out how the plant-based burger stacked up to a real, meaty burger. (cyclonebill / Flickr)

He had the idea to take plant-based ingredients and convert them into muscle through heating, cooling, and pressure, like the animal does in its digestive system. As Ethan explained, meat is basically amino acids, lipids, carbohydrates, minerals, and water. All of those things can be sourced outside the animal, which is what his company has done, and then brought them through a process that arranges them in the same “architecture” as muscle, therefore creating their product.

Ethan isn’t hoping to cut meat from American diets all-together, but instead encourage them to eat a different kind of meat. He believes he’s providing exactly that by giving consumers a product that is better for them, as well as better for the planet. But how does it actually taste? It was time for Mark to find out.

Mark then chimed in saying he thought the first bite was nice and beefy, but as he continued eating it, it lost it’s sustain, whereas a beef burger was just right “from first bite to swallow.”

Dr Oz: How Plant-Based Meat Is Made

So how exactly does the Beyond Burger go “from pea to patty?” As Dr Oz explained, the peas are picked and then the protein, fat, and fiber are separated out. The protein powder is then run through an extruder machine where heat is applied as well as cool air and pressure. Essentially, the protein bonds are broken down and then stitched back together as meat. Then what comes out resembles meat off the bone. The rest of the process is similar to how we process meat in general. Flavorings are added, things like yeast extract, moisture is added, then fat like coconut or canola oil are added. It’s then shaped into a patty that looks and tastes like a beef burger.

Plant-based alternatives are a huge trend right now, but meat seems to be new to the game.

Mark then explained that most of the meat we eat is industrially produced, which can be problematic. It’s not the healthiest meat nor is it the most environmentally sustainable. That’s why alternatives are popping up. Mark claimed that compared to other imitation meat burgers he’s had in his lifetime, the Beyond Burger “blows them out of the water.”

Dr Oz wanted to compare the Beyond Burger nutritionally, to a traditional meat burger to see how it would stack up. The Beyond Burger had more protein and iron, and less saturated fat, cholesterol (none, in fact!), and total fat, but the differences weren’t huge. Mark believes the two are more similar than they are different. However, the Beyond Burger is plant-based, antibiotic-free, hormone-free, GMO-free, soy-free, and gluten-free. While the traditional beef burger has potential antibiotics, hormones, and GMOs.

Dr Oz: What’s In A Plant-Based Beyond Burger?

The one problem many people may have is the Beyond Burger’s ingredient list. Dr Oz always promotes choosing food with as little ingredients as possible, but the Beyond Burger has a long list of ingredients. Mark pointed out that usually, the problem with processed foods isn’t what’s in the foods, but actually what’s not in the food. The first ingredient in a Beyond Burger is pea protein isolate. Mark pointed out that when you remove the protein from a pea, you leave behind some of the pea’s most helpful properties like antioxidants and fiber.