Dr Oz starts his day with Greek Yogurt for breakfast. The food has been popping up in supermarkets from coast to coast, so Dr Oz wanted to help you figure out which one is right for you. He shared the best low sugar Greek yogurts and even some Greek yogurt swaps featured on the show.

Dr Oz: Which Greek Yogurt is Right for You?

Dr Oz compared nutritional values on dozens of yogurts, followed by a blind taste test to see what his taste buds preferred. Do you regularly eat Greek yogurt? If not, here is what Dr Oz had to say about the healthy food.

Greek yogurt is strained to remove water and excess sugar, leaving behind protein and a thick consistency.

Some Greek yogurts Dr Oz found had even more sugar than two doughnuts, which cancels out their health benefits. For this taste test, Dr Oz chose flavored yogurts that did not contain artificial sweeteners. 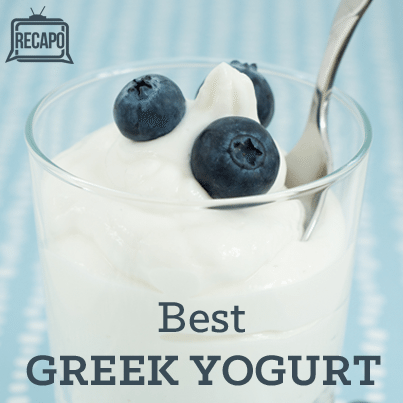 Dr Oz studied and compared brands to come up with the best Greek yogurts in terms of low sugar, high protein, and digestive benefits.

Both the yogurts in this category had 20 grams of protein, the equivalent of three ounces of lean meat.

Plain yogurt has better protein benefits, and taste tester Victoria preferred the Fage, though she admitted it had a slightly bitter taste; Dr Oz disagreed, saying the taste was perfect.

Look for a seal on the package stating that the Greek yogurt has Live & Active Cultures, as certified by the National Yogurt Association. Taste tester Marilyn said she started eating yogurt to prevent yeast infections. Greek yogurt does typically include fat, so be aware of that.

Even if you don’t want to eat it plain, you can use Greek Yogurt when cooking to lower your fat content and end up with a healthier recipe.