Dr Oz explained that although ovarian cancer can be deadly, you do have the ability to detect it as long as you have the right information. Rhonda caught hers because she learned the symptoms on the show, and got it checked out. Rhonda shared that it all started with her feeling nauseous, and she had a lot of indigestion and pelvic pain. She’s a flight attendant and she was working a lot, so she just thought it was stress. 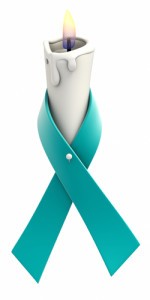 Dr Oz talked to a woman who credits his show for helping her catch her ovarian cancer early. (Eclipse Digital / Shutterstock.com)

She turned on The Dr. Oz Show and it happened to be an episode on fibroids. The fibroid symptoms he shared were bladder problems, heavy periods, back pain, bloating, and pelvic pressure/pain. She said that led her to her diagnosis because she called and explained to the doctor who did a pelvic exam and an ultrasound. The moment that her doctor told her she had ovarian cancer, she was devastated.

She believed that the Dr Oz show helped her save her life, and she wants people to know to listen to their body. She hopes to help women and possibly even save their life. Rhonda was on the show and shared that she is cancer-free. She said she wakes up every morning grateful to be alive.

Dr Oz then wanted to show what Rhonda’s doctors found when she went in for an exam that day. Dr Oz showed her a uterus with ovaries next to it. She felt what a normal ovary looks like compared to the grapefruit-sized ovary Rhonda had inside of her. She said she had no idea what was inside her, but she was lucky to catch her cancer early.

Dr Oz then shared symptoms of ovarian cancer, which are pelvic or abdominal pain, urinary urgency or frequency, bloating or gas, difficulty eating or feeling full quickly, and indigestion, nausea and constipation. Rhonda said she had every single one of the symptoms. She said the fibroid episode led her to finding out the true cause of her pain.

Rhonda said if she can pay it forward and help just one person, it was all worth it.