Angelina Jolie recently decided to take preventative measures against her high risk for cancer by having a double mastectomy performed. Dr. Oz talked about her life-changing decision after learning she had an 87 percent chance of developing breast cancer. He also talked with four women who had fears about getting a blood test that could reveal how high or low their risk of breast cancer is. 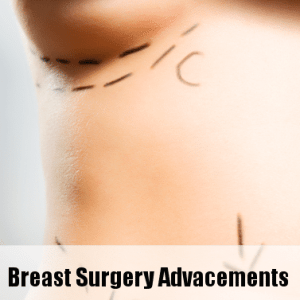 Dr. Oz went over the advancements in breast surgery over the past 10 years to help alleviate the fear many women have of the surgery.

Dr. Oz said many women are scared of breast surgery because they’re worried the surgery could be botched, causing scarring and deformation of the breasts leading to the women feeling less and looking less feminine. But this is not the case.

Dr. Mia Talmor said medicine has come a long way since mastectomies started being performed about 10 years ago. She said new technology has allowed doctors to us a “nipple sparing” technique which makes all the difference for a patient who wants to keep this important part of the breast. She said advancements have also made it easier to hide scars, which helps the woman maintain her femininity.

Dr. Mia Talmor explained 10 years ago breast surgery was performed by making an incision around the woman’s nipple area which left a lot of scarring. Now, the incision is made in the crease under a woman’s breast, leaving the scar far less noticeable.

Dr. Oz showed a few pictures of women who have had breast surgery in recent years and others who had the surgery done years ago. The pictures of the breasts that had surgery done years ago had visible scarring but the women who were fortunate enough to have the surgery in recent years had very minimal scarring that was hard to see.

Dr. Oz said he applauded Angelina Jolie for being brave enough to make a difficult decisions like she did and for speaking out about her double mastectomy as a way to empower all women.