Dr Oz was facing off with notorious online fat shamer Roosh “V”, exposing him for his cruel behavior. Roosh has been embarrassing women, believing that it will make them conform to his idea of beauty. Dr Oz also welcomed Jeanette, Arlena, and Megan, who have all faced fat shaming in their own lives, and wanted to speak to Roosh.

Jeanette started by saying, “You’re very disrespectful.” She shared that she was fat shamed by two men at a bar and turned around and let them have it. She has a nutritionist and is sugar-free, fat-free, and gluten-free. She said to Roosh, “You don’t know what I do!” She’s also a mother and a teacher and said she has to take care of the children that Roosh is “messing up.” The audience clapped hard for Jeanette and I may have even let out a little “whoo!” myself! 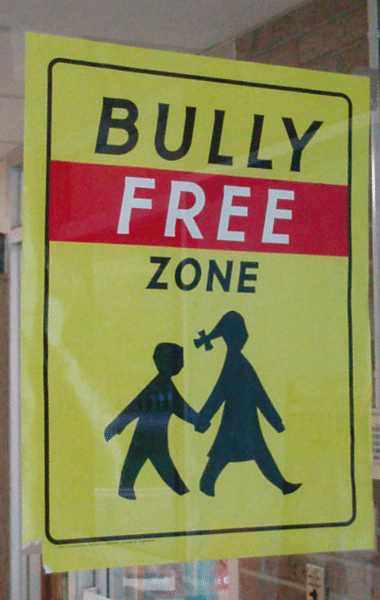 Dr Oz allowed three ordinary women and a plus-sized model to tee off on a notorious online fat shamer, proving that body positivity is most important. (pointshoot / flickr)

Arlena then said, “Everything you’re saying makes me livid, because you don’t know what people have to go through in their regular lives.” She wondered what Roosh had to go through in his own life, because what she saw was low self-esteem and self-hatred. She said hurt people hurt other people. “It’s a fat shame that you think this is going to help,” Arlena said to him. You go, girl!

Megan then smiled and said, “We must make you very uncomfortable. We are strong, confident, successful, beautiful, plus-sized women.” She said she was sorry if she was making him uncomfortable, but when she sees what he does and what his “army” has done, she feels bad for all of them. She said we’re living in a world where we are finally learning body acceptance, and all Roosh is doing is taking ten steps back. She said fat shaming someone and making them feel bad about themselves is actually only turning the mirror around on him.

Roosh was given a chance to speak and the first thing he said was, “This is going to be the first generation where the life expectancy is shorter than that of our parents, so therefore the kids that you have will see her mom for a shorter time because the fat problem is unsolved.”

Dr Oz said it’s a health issue, but not in the way Roosh is describing it. Roosh said Dr Oz was only picking out the most extreme things he has written. He said he didn’t pick out how he was teaching men to go to the gym and eat right. Dr Oz said that at the very core, what Roosh was teaching was wrong. Dr Oz said he was having a very difficult time letting Roosh sit there and speak on his stage and it was enough to have his audience tolerate it.

Tomeka is a plus-sized model and explained that she was going to take the approach of treating Roosh like a human being, despite the fact that he didn’t view her as that. She said that Roosh’s character “is that of a jerk.” She said she doesn’t normally judge by appearance, but that’s what Roosh does, so why not meet him at his level?

She asked Roosh to look at her and realize that she is human and she was speaking for the plus-sized community in saying that they know they should take care of themselves and acquire a healthy lifestyle. But they are also saying that you should accept yourself as you are and know that you deserve love.

She said, “Beauty comes from within and I’m not insecure. In fact, I’m one of the most confident people you will ever meet.”

Roosh said he would reconsider the way he thinks about fat shaming if people started to realize that fat is going to cause health problems and shortened life spans. Dr Oz said, “Roosh, I think you’ve got it completely ass-backwards.” Dr Oz said you get people to be better by teaching them to love themselves. Dr Oz said people hang on to fat because it protects them. Dr Oz asked him to go through the 50 papers he found to prove there is no evidence that fat shaming actually works.

Dr Oz said bullies try to steal your power because they have none. He then shared a video that combats fat shaming and encouraged people to share it and be body positive. How do you feel about the women’s comments to Roosh? Do you agree with them? If you could say something to Roosh, what would it be?