Dr. Oz talked to filmmakers Viri Lieberman and Lindsey Averill, who are making a documentary called Fattitude. Their mission is to rewrite the narrative when it comes to body image in the United States. They argue that society tells us that being fat is bad and thin is good. In fairy tales, toys, and cartoons for children, the heroes are beautiful and thin and the villains are fat. Lindsey said when she was young she was on every diet she could find. When she was 16, she was walking and teenage boys in a car shouted names at her. Viri said she gained all her weight in her early twenties and she didn’t feel comfortable in her own skin. 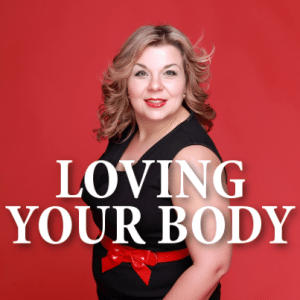 Dr. Oz talked to two filmmakers who have it made it their mission to make a documentary about the bias in the culture and media against fat bodies. They also discussed how to accept your body as it is now. (Maryna Kulchytska / Shutterstock.com)

The two of them decided to fight back with a documentary from their point of view. They wanted to make a documentary that discussed weight bias in the media in order to show how prevalent it is. They turned to Kickstarter to get money for their movie.

But the hate mail began as soon as the Kickstarter project did. There were even death threats. They received phone calls at their home. Lindsey’s family was taunted. They even had pizzas sent to their home from the bullies to show them that they knew where they lived. Lindsey and Viri were scared, but they decided not to stop. They were determined to make their movie and mobilized grassroots support.

“No matter how many threats we got, all it did was prove that we were striking a nerve on an important topic, that this was something that had to be made, that was necessary to not just educate the people bulling us, but to educate everybody,” Viri said.

Viri and Lindsey not only reached the goal for their documentary, but surpassed it by thousands of dollars.

Lindsey said that she felt like her life was on hold because of her weight for a long time. She waited until the last minute to get a wedding dress because she was scared it wouldn’t be the right size. When she got married, she told her husband she wanted to lose weight before having a baby. She said that her weight made her put off normal events because the culture made her feel shame about her body.

Lindsey said she threw out her skinny jeans, the pair of jeans she was waiting years to be able to get into, because she didn’t want to think about a body she’d never have. This was her body and she was proud of it.