Dr Oz: Take A Closer Look At Your Latest Selfie

Dr Sharon Moalem claims he can look at a person’s face and determine important factors about their health. Sounds crazy, but he’s passionate about genetics. It’s gotten to the point that he can’t look at someone’s face without wanting to diagnose them! Dr Moalem will even stop people, even complete strangers, if he noticed something by looking at their face that he feels they should know about. Fortunately for us, he joined the show to share his talent, so we can look at our own faces and recognize important health cues.

If you don’t have a recent one, Dr Oz suggested you take a picture of yourself. Pull out your phone and snap a selfie! Before the show, everyone in the audience took a selfie and Dr Moalem called one woman down. He noticed, by looking at her selfie, that her upper eyelashes were extra-thick. She even had an extra row of eyelashes, which according to Dr Moalem, is the result of changes in a gene called Fox-C2. That factor usually goes along with another condition called  lymphedema-distichiasis syndrome, which can cause swelling in the lower limbs. 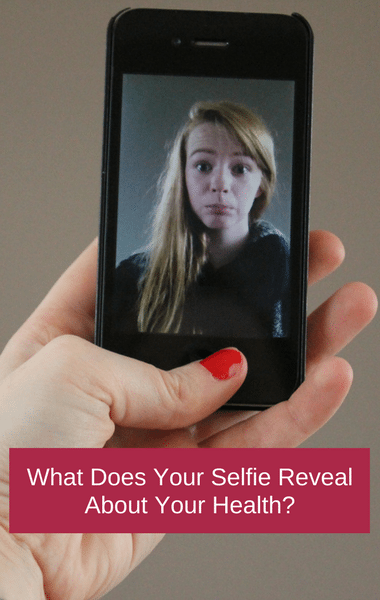 What can your selfie tell you about your health? It turns out, quite a lot! But would you know what to look for? ([email protected] / Flickr)

If you have darker spots in the iris of your eye, the affected gene is NF1, and it can be a sign of neurofibromatosis. If you have a prominant bulge at the back of your skull, it could tell you a lot about your ancestry and the inter-mixing with neanderthals. If you have a small bump on the inside of the upper ear, it’s an entirely normal genetic variation.

Next, take a look at your nails. If you have a “spooned” nail it could be a sign of an iron deficiency. If that’s the case, attempt to get more iron-rich foods in your diet and have a conversation about it with your doctor.