Dr. Oz begins the show by talking about the strangest red hot trend ever. Do you know a friend who love to tell you things they should probably keep to themselves? Those people are called oversharers. They love to share every last detial of their lives anywhre they can. Facebook, Twitter, in person. It doesn’t matter to them. Dr. Oz said it is literally coming a national pastime.

Dr. Oz called a women named Stacy up onto the stage to tell her best oversharing story. Stacy said she was out to dinner with husband and had to use the bathroom very badly. She said she ran into the bathroom only find that the stall she had chosen was having trouble flushing and there was not enough toilet paper. But Stacy’s didnt mind. She said she released her bowels then and there and ran over to the next stall for toilet paper. 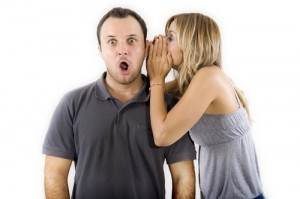 Dr. Oz talks to numerous women about their oversharing and lets a few of them tell some very personal stories.

After dinner Stacy and her husband were going to see a movie and she needed to use the restroom again. Her husband pulled at a fast food resturant and Stacy ran in to use the bathroom. She said the toilet was kind of gross so she hovered. Next thing she knew she was spraying fecal matter all over the stall. Stacy even said none of it went in to the toilet.

Gross. But the audience said it was a good story to share.

Oversharer Mercy was the next woman to get called to the stage. She said she always tells people to smell her armpits and always feels the need to tell people when she is really sweaty. She said eating a lot of garlic and onions literally makes her sweat through all her pores. She said she doesn’t mind sharing the story and is not embarrassed when she tells people she is sweaty.

And the audience voted that it was alright to share the story.

Anne Marie said the story was the most painful story and she always tells people about.

Anne Marie said she was trying to self bikini wax herself late one night. She said she had everything set up and ready to go. She began putting the hot wax on her lady parts and started on the “north” part. She said it worked the first time so she started to go lower and lower until at one point she tried to pull the strip off but only half came off.

She started feeling around for the other half of the strip when she accidentally glued her hand to her lady parts. Anne Marie said she was laughing so hard she ripped her hand off her crotch and went to sit on the toilet, the toilet which had more hot wax on it. You guessed it. She glued herself to her own toilet.

She called her sister to see if her sister would help her but her sister just laughed. After composing herself Anne Marie’s sister told her to put whatever she had in the bathroom on the seat to try to slip off. Anne Marie said she put everything from lotion to shampoo but it wouldn’t work. Her next great idea? Anne Marie grabbed a razor and scraped the wax off her.