Dr Oz performed an undercover investigation using an insider to find out how clean nail salons really are. He enlisted Athena Elliot, who said that nail salons are actually breeding grounds for bacteria. Elliot is a nail technician who rates nail salon cleanliness for her website Safe Salon Rating. She said the nail industry is under-regulated because there’s only about one or two inspectors per thousand salons. She found it necessary to personally investigate what’s really going on behind the scenes.

Brittany got a mani-pedi during a lunch break and shared that the technician cut her cuticle, and it started bleeding and swelled. When she got it checked out, they told her it was a life-threatening staph infection and it took months to heal. 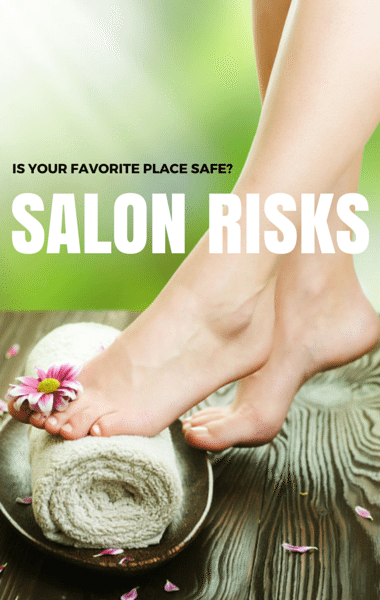 Dr Oz performed an undercover investigation to see just how clean nail salons really are and what you can do to protect yourself. (Subbotina Anna / Shutterstock.com)

Dr Oz sent a team of his producers to nail salons in New York City to test surfaces like chairs, tubs, and tools to find out how dirty or clean they really are.

Dr Oz said they found bacteria in the salons that can cause meningitis, antibiotic resistant infections, urinary tract infections, and even one that causes pneumonia. They also found a bacteria that is known to come from fecal contamination. So the question is, how can you stay safe while visiting a nail salon so that you don’t have to give it up completely?

Athena Elliot joined Dr Oz and shared that her first tip is to bring your own disposable latex gloves. Athena pointed out that the CDC says washing your hands can save lives. Latex gloves not only protects you but it protects the nail technician as well. Dr Oz revealed that about 80% of nail technicians didn’t wear gloves during their last nail service. A box of the gloves costs only $6 and you can urge the technician to wear them.

Next, Dr Oz said to choose a salon with an autoclave sanitizing device. Elliot said to ask the nail salon what their protocol is, because those with a great hygienic protocol will boast about it. She explained that the device uses steam and pressure together to kill all the bad bacteria on the tools.

She explained that an autoclave bag that is presented to you will be very “crispy” and looks like it’s been shrunk. There are also indicators that change colors to show that it’s been through the autoclave. If they’re both the same color, the tools haven’t gone through the device.

Lastly, Elliot suggests getting a dry pedicure. She explained that if you’re concerned about hygiene, dry pedicures are a lot safer. If you don’t want to give up the water, look for a salon that uses disposable, single-use liners.